Sharks Hit The Links For Charity

Share All sharing options for: Sharks Hit The Links For Charity 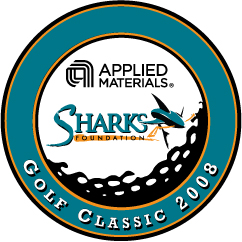 The San Jose Sharks hit the links today at Cinnabar Hills Golf Club in an effort to raise money for the Sharks foundation. The Sharks foundation provides monetary help to various community and educational organizations within the Bay Area through donations and fundraisers. Nice to see the players taking an active role in the community.

I don't know about you, but that exclamation point at the end really seals the deal for me.

In July of this year, Jeremy Roenick made waves at the American Century Celebrity Golf Championship at Lake Tahoe, fishing out Dallas Cowboys quarterback Tony Romo from a pond. Just hearsay, but it's rumored that Jessica Simpson was still trying to figure out what the heck Chicken Of The Sea is at the time of the incident.

Romo took a spill in a pond on the first hole after losing his awkward footing on a steep bunker shot, but rebounded to increase his total to 43 points, while his girlfriend, actress-singer Jessica Simpson, watched from the gallery.

Romo said he landed rear-end first in the pond and "got wet up to my belly button." NHL all-star Jeremy Roenick helped fish him out.

"I rescued Tony Romo," Roenick said. "I wish it was worth five points [in the Stableford system] because then I'd be right there with 44 ... I think I was the difference between him getting his pants wet and his whole body wet. He was a true warrior out there today.

More information on the Sharks Foundation can be found here.