The Many Faces of Mr. K

Share All sharing options for: The Many Faces of Mr. K 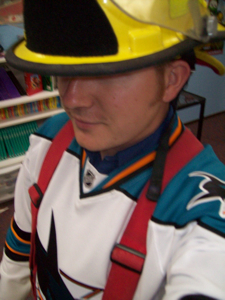 Mr. K does all the game recaps here, as I'm sure anyone with a pulse is aware of. Judging from his picture above we can also assume he spends a lot of time on Myspace- that's some stellar angle work. Mr. K also runs "Blah Blah Blog" which dabbles in music, the occasional pop culture tidbit, and Sharks information. Be sure to check it out.

Another day spent lounging in my parent's garage was going well- too well perhaps. I received an innocuous comment that a new website had joined the sprawling interweb highway. Upended by the news, I stumbled to the computer; stunned and stricken with fear I closed the page in disgust, only to revisit for a fortnight afterwards.

Observing the intricate beast from the shelter of my musty bedroom, I realized that the sweeping scale of his after-game recaps could never be challenged by yours truly. This posed a problem. Readership was hungry for post game information; circling the wagons with bayonets bared, all were willing to abandon this humble site after 10 PM in search of another forum to discuss their beloved Teal warriors.

The internet is a heartless land, readers a bloodthirsty lot. There is no time to consider what could be done; only by acting swiftly, much like a young teenage male's copulative tendencies, will one deliver the results blogdom requires.

So I did what any burgeoning entrepreneur would do- bought up the competition, ensuring FTF's inclusion with the cyberspace elite. After intense negotiation (I offered him three cans of spam and a gallon of Häagen Dazs- damn fine ice cream if I do say so myself), Mr. K shed his game recaps at his former blog and joined the titan that is Fear The Fin.

Only then did I realize what had been unleashed.

At first glance, it seemed as if Mr. K was just a single-faceted man adept at only churning out words that Kurt Vonnegut would wistfully weep to weave. But alas, my previous assertions were incorrect. Like many great men before him*, Mr. K had the ability to take various forms in an effort to enpower the denizens of his beloved city. These forms I humbly present to you today.

* The Animorphs for example.

Pristine posters provided with an impeccable touch, costumes that consume the corneas- our "game recap guy" is not who he seems. Tread softly oh faithful readers, for some day you may have the pleasure of meeting the critically acclaimed artist on a Tuesday night at The Tank.

And like all heroes, he'll be waiting patiently for you to arrive. 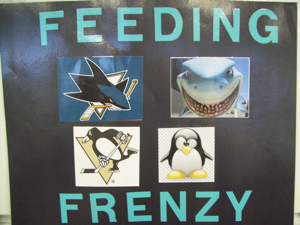 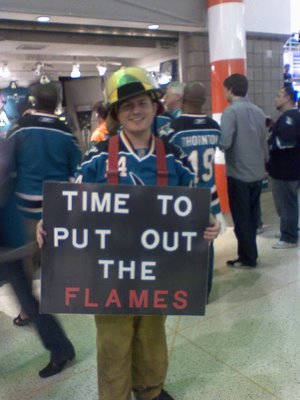 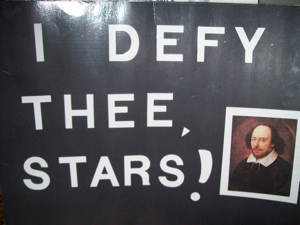 Curse of Palin, Philadelphia Flyers- This one has a backstory 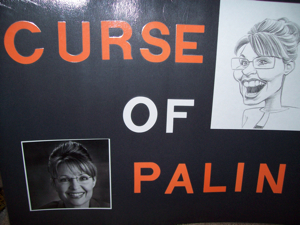 Jody Shelley- Shelley is obviously laughing to conceal the fact that he just turned down Mr. K's invitation to drop the gloves- what a wuss. 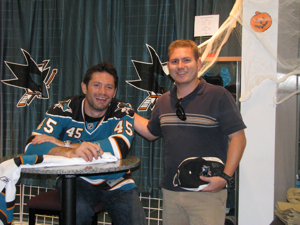 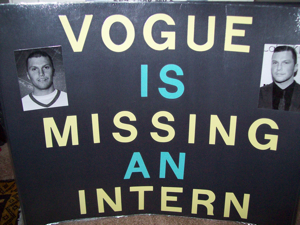 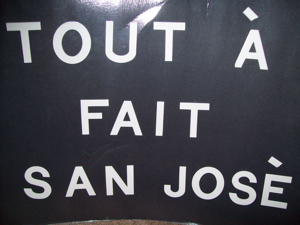 [Editor's Note]: These aren't the only signs Mr. K has made, and I'm sure if you asked for more he would happily oblige.