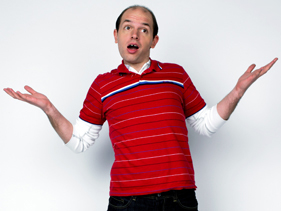 The Games That Never Get Shown on TV (PHO)

When You Thought It Couldn't Get Worse For The Dallas Stars.....

Will It Always Be Four In The Net Pizza You Get?

Whew. Ugliest post ever. Ray Charles knew what he was doing when he went blind at age seven. Is that okay to say? I mean it with all due respect, but still.....

As for SPG standings, the table's huge. Join us after the jump. Work those phalanges kids!

FTF Staff is looking weak here- a combined five points, good enough to be tied for seventh if we were considered one entity. Which we are. Oh, I forgot to tell you guys that? Yeah, That'll Cheech You and I are combining points. Have fun suckas!*

*Seriously though, sharkiesgirl, serrapadre716, and marcello have been on fire as of late. Congrats guys (or would it be gal and guys?)