A superstition in its infancy - Sharks are perfect wearing BlackArmor

Share All sharing options for: A superstition in its infancy - Sharks are perfect wearing BlackArmor 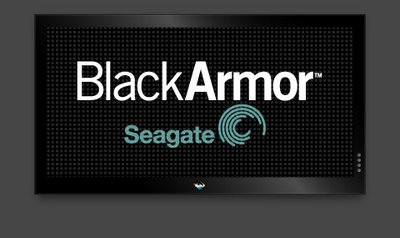 On November 21, the San Jose Sharks unveiled their third jerseys, called *BlackArmor*.  Since then, the Sharks have played 5 games wearing the black sweaters, beginning with the Washington Capitals, and most recently last night against the Anaheim Sucks Ducks (and in between Chicago, Toronto and Columbus).

The Sharks have played just three other games since BlackArmor's debut, two of which were on the road against Dallas and Phoenix (both wins).... and ONE at home, against a certain team with which The Great One used to win Stanley Cups.

Needless to say for followers of the Sharks (and, ahem, this blog), the Sharks failed to clinch that game (curse you, Dwayne!), losing in overtime.  Thus, their record that night "fell" to 22-3-2.

More telling, however, is that the Sharks' home win streak was broken when the Sharks were NOT wearing BlackArmor at the HP Pavilion for the first time since November 13 (a win against Calgary).

Before I say, "cue the Twilight Zone music," note that the Sharks won last night's game after donning the B.A. again.  If the BlackArmor is indeed "lucky," then that's the good news.

The bad news = the Sharks don't wear their third jerseys again until January 15, against the Flames.  Starting tomorrow night, San Jose plays FOURTEEN GAMES without wearing the BlackArmor.  Perhaps it's a merciful thing that the Tank will only see action for five of those, if those unlucky Teal jerseys hinder us against the Blues, Rangers, Canucks, Islanders and (hehehe) Lightning.

We'll no doubt have a better feel for the legs of this theory after tomorrow night's home game.  Should Team Teal lose wearing teal, feel free to jump aboard the superstition bandwagon... preferably wearing those spiffy all-blacks.