Shootout in the Wild Wild West - Sharks come back to win 3-2, in large part to Kings' dismal power play

Share All sharing options for: Shootout in the Wild Wild West - Sharks come back to win 3-2, in large part to Kings' dismal power play 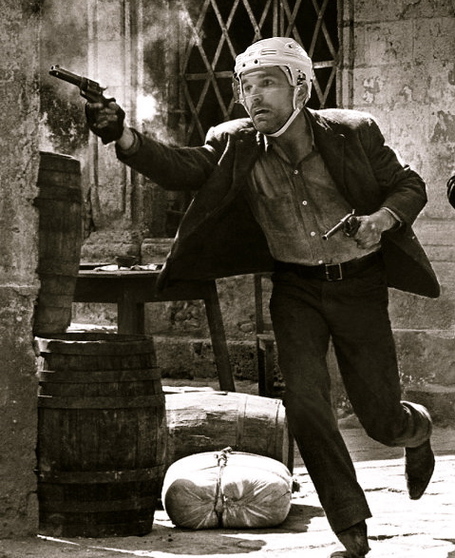 The San Jose Sharks recovered from an early two-goal deficit tonight against the Los Angeles Kings to eventually force overtime, before winning 3-2 in the shootout at the Staples Center.

The Sharks converted on their only power play of the night, while the Kings not only went 0 for 5, but also gave up a game-tying shorthanded goal to Patrick Marleau.

Dan Boyle and Ryane Clowe scored in the shootout against Jason LaBarbera, who replaced Erik Ersberg in the second period after the latter suffered a mysterious lower body injury while deflecting the puck.  Brian Boucher made 26 saves and stopped 2 of 3 Los Angeles shootout attempts.

The Sharks improve to 25-3-2 for 52 points - and have managed to come from behind to gather two points twice in a row, after beating St. Louis 5-4 on Saturday.

The Sharks are probably in the air right now, en route to Columbus.  They face the Blue Jackets on Wednesday before heading north to Detroit on Thursday.