The Empire Strikes Back; Sharks Lose 6-0.

Share All sharing options for: The Empire Strikes Back; Sharks Lose 6-0. 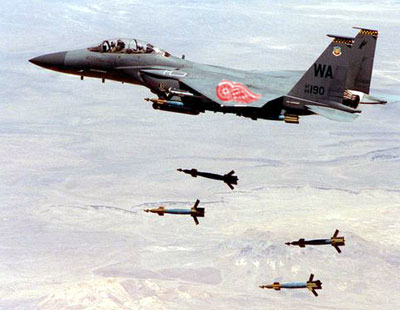 Honestly? Time to get back to square one. The bandwagon is going to be a lot lighter after tonight. That's fine. We'll streamline that bad boy and ride on back. We've got a good crew of diehards around here- people who understand one game (however big it was) has the potential to either fuel the team, or sink them.

Let's not jump off the Golden Gate just yet ladies and gentlemen. Period by period observations, critiques, and bouts of slur words follow the jump.

Big Picture: The Sharks carried the play the entire period and generated some real good scoring opportunities. We were the more physical team, outskated the Wings, and took it to them in all aspects of the game (barring that damn scoreboard).

Snapshots: Nabokov makes those saves any other day of the week and we're sitting pretty.... Clowe had big hit on Kronwall late in the first and won a battle along the sideboards right in front of the Detroit bench (when the Red Wing had body position). Statement play.... Joe Pavelski's first shift had me jacked up. Our team offensive production is deadly with him on the second line; when healthy, it could be a number one on many teams across the league.... Although it's sometimes a tad disheartening to watch Cheech attempt to skate with our speedsters, he gets the job done in the corners.... Marleau is fast. But I'm sure you already knew that.....

Big Picture: The Sharks lost their legs and struggled to get anything going in the offensive zone. The explosiveness that was evident at the beginning of the game just wasn't there.

Snapshots: Nabby had a handful of great glove saves.... Pavelski laying down to block shots a game back from injury. What a player.... Datsyuk to Hossa was one of the prettiest goals I've seen all season; two world class game-changers right there.... Babcock did an excellent job at adapting gameplans, clogging up the neutral zone. The Sharks had trouble gaining the offensive zone.... Our power play looked atrocious.... Defensemen were having trouble holding the puck in the zone, leading to some missed opportunities to establish some momentum.... The Wings were the more physical team through the duration of the period....

Snapshots: Boyle paired with Vlasic at one point- not sure if I like that, though I don't blame McLellan for attempting to switch things up. Boyle and Lukowich compliment each other very well.... Haphazardly throwing pucks to the net isn't going to work against Detroit- their defensemen were gobbling those up all night..... Goc's turnover? Moving on.... Listless play carried us to the final buzzer....

The thing that bothered me the most wasn't the final score; it was the lack of physical play in the third period. If you're going to lose, show some grit at the end of the game. Send a message.

That message was sent tonight. But it was Detroit sending it.