Topics to discuss at the water cooler tomorrow (hi ho, hi ho, it's back to work we go)

Share All sharing options for: Topics to discuss at the water cooler tomorrow (hi ho, hi ho, it's back to work we go) 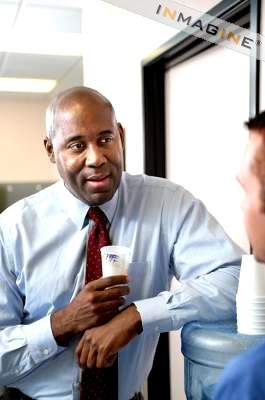 Everyone needs something to talk about down at the water cooler, so here's stuff to discuss before the game Monday in Dallas... plus our poll!

What EXACTLY was wrong with Todd McLellan's face in St. Louis? Me - I'm sticking with my theory that Ron Wilson's nefarious agents of vengeful darkness caught our Boy Wonder in the shadows. (Psst... Toronto had an off-day Saturday... it all makes sense) KindaFantastic thinks it's a Christmas present gone awry. Thoughts?

Topic The Second = The Standings (a 2-part tale)

Part 1 = The President's Trophy Runoff (in which we hope to not sound like pompous, arrogant bastards so presumptuous to think we'll even get to the playoffs)

It's not going to be a secret for much longer if our boys don't do something = the Sharks are in danger of slipping away in the NHL's overall standings, as the Boston Bruins are just 2 points behind Team Teal (no games in hand), following a 4-2 victory over Carolina on Saturday.

A Boston victory tomorrow against Atlanta (unfortunately, that's virtually a given exactly what happened) means that the Sharks MUST win (or get yet another O.T. point) against Dallas tomorrow night if they are to keep ahead of Joe Thornton's old team.

The plus side to all this (should it amount to anything)? How sweet would a Sharks-Bruins Stanley Cup Final be? Just think of the subplots... Plus, direct flights from the Bay Area!

The most significant downside to this development (should San Jose and Boston actually meet in the Finals)?

Home ice advantage cannot be overstated. ESPECIALLY if the series goes to 7 games.

Fun fact for the water cooler = 14 Stanley Cup Finals have gone to 7 games. TWELVE of those 14 were won by the team with home ice advantage (if you must know, the two teams that defied the odds were the 1945 Maple Leafs and the 1971 Canadiens). IF (yep, still a big if) the Sharks get to the Finals (Earl Sleek's translation - Past the second round), this is something to be aware of.

Part 2 = Who to root for during the Winter Classic

This might seem like a no-brainer ("MR. K., YOU'RE A ****IN' MORON IF YOU SAY ROOT FOR DETROIT!" ...he hears you collectively say), but it's actually more complicated than it seems.

Observe the standings. Yes, Detroit has 51 points while Chicago has 45... but Chicago has 3 games in hand. Chicago plays Minnesota tomorrow (large potential for victory), while Detroit plays again on December 30 and January 1... AGAINST CHICAGO.

Dual Blackhawks victories (and the one against the Wild), and PRESTO - Chicago will be tied with Detroit in points (though Detroit will still be in 2nd, due to their slight lead in wins). Update = I suck, and forgot that Chicago would officially be second, considering they would have 2 games in hand still. Whoopsie.

The difference a win could make for the Big D... for their football team, it's everything. For their hockey team... well, let's take a look, shall we?

BUT - and that's a sizeable "but" - the Stars are just TWO POINTS shy of an 8th seed. Ridiculous, no?

And here's more fear-mongering for ya = the Stars (who have 9 points in their last 5 games) could be tied for 9th place by Monday evening. Aside from gathering two points against the Sharks (UPDATE - You didn't really think that would happen, did ya?) here's what would need to happen in the meantime:

The one sure thing keeping the Stars from actually getting to a playoff seed by Monday evening (besides our boys)? The Nashville / Colorado matchup on Monday. Both teams stand in Dallas' way of an 8th seed pre-New Years.

Hmmm... a three-game point streak. First goal last night since October 18... While on a line with Joe Thornton and Mike Grier? Interesting...

Keep it up, Jonathan, and you might just stay with the only team you've known past March 4th, 2009. Here's hoping you do.

With Milan Michalek back in the lineup, the Sharks are starting to look healthier (even if J.R. is out indefinitely... though by his own admission to Drew Remenda and Randy Hahn, he gave the pep-talk that inspired Cheech's goal tonight). Which leads us to the biggest loss to injury that the Sharks have managed to deal with = that of Torrey Mitchell.

As you no doubt recall, Torrey Mitchell broke two bones in his leg during pre-season practice in September. Thankfully, he has been back skating, and should be back in the lineup before too long...

But when exactly? Do you feel lucky? [insert Clint Eastwood quote here]

Attached is our poll - bragging rights encouraged upon successful prediction. Poll is open to employees of Fear the Fin, their relatives and next of kin, AND Kurtis Foster.

Enjoy your time back at work, people... before getting Thursday off to watch the Winter Classic (uh, unless it's delayed).