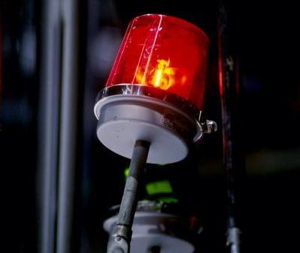 If John Madden ever stumbled into a gig as a hockey announcer, you have to figure that the pre-game show would consist of him stating, "The team that scores the most goals tonight will walk out of the building with a win."

The simplicity is almost profound.

Nearly every goal scored during the course of a hockey game is important. Besides the occasional 6-1 shellacking, or an empty netter with five seconds remaining on the clock, a goal fulfills the basic premise of any given tilt- outscore your opponent and you will win.

That being said, not all goals are created equal.

In order to quantify the importance of a given goal, a set of rules must be established. What we're trying to determine here is not whether a certain goal has value to the team (as stated before, "nearly every goal scored during the course of a hockey game is important"), but which goals are the most important to the team.

1) The object of a hockey game is to outscore your opponent, leading to a win. We can then say that the most important goals are the ones that present the team with a mathematical opportunity to achieve victory.

2) Therefore, goals that provide an opportunity to win are those that tie the game, and those that put the team into the lead. Both of the aforementioned types yield a situation where the specific team is in an environment that is conducive to victory.

3) Shootout goals are not included due to the fact that they are not a part of a normal game. It can't be applied to a playoff situation, so it will be ignored.

With these ideals in place, the following is a list of data chronicling performance to date, discluding anyone under 3 BTG points. The numbers are juxtaposed against the official statistics:

[Editor's Note]: All the following information is updated as of December 6th at 3:00 PM.

A raw data dump doesn't do much in the way of determining a specific player's true performance (as it doesn't take into account games played, when the goal came, TOI etc.- these will be tackled next week) but there are a few things I'd like to point out.

There's obviously a lot of work to be done here, and a more in depth look will be beneficial (if not utterly necessary). I'll take a look at it this weekend.

Feel free to commend or critique in the comments. How's that for a tongue twister?