Share All sharing options for: [Open Thread] Sharks Gameday: The Price of Oil

If you've been out of the house lately, you know that the price of gas has dropped drastically. 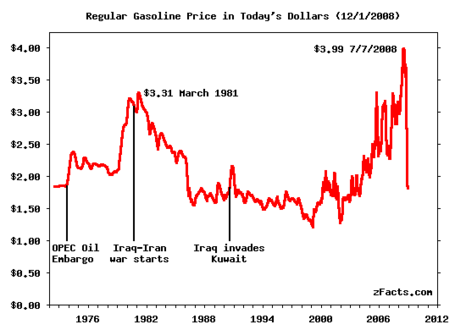 In summation? Get your butt to the game tonight.

The last time Edmonton was in town, Dwayne Roloson pulled an "Ellis" and ended the Sharks 11 game winning streak, making 48 saves in the process. Tonight's streak stands at nine. Hopefully Edmonton only performs when the stakes are in the double digits.

Mr. K has some good information on the Oilers recent performance here. Jonathan Cheechoo and Brad Lukowich are out of the lineup tonight as well.

I won't be watching the game on TV (nor will I be in the game thread), so have at it folks.

Prediction: Sharks win 1-0. I put up another zero in the SPG predictions and decide to brawl with you guys like it's the late nineties.