Join Fear the Fin in our fight to bring Tim Hortons to San Jose!

Share All sharing options for: Join Fear the Fin in our fight to bring Tim Hortons to San Jose! 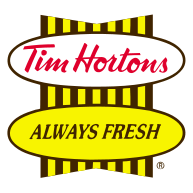 For the uninitiated [i.e. Americans, specifically those of us without passports or living west of the Mississippi], Tim Hortons is the Canadian version of Dunkin Donuts - but, in the opinion of the staff here at Fear the Fin, better. Much, much better - to the point that the name of the chain's donut holes (Timbits) are widely used by Canadians to refer to any generic, miniature holeless donut, regardless of origin.

It is also a symbol, for better or worse, of Canadian national identity... much like hockey! Hence the connection to this San Jose Sharks blog.

The short of it - San Jose, CA, deserves the first Tim Hortons franchise west of the Mississippi. We have embraced the Great White North's other passions, above all else hockey, but also lacrosse (San Jose Stealth!) and Rush frontman Geddy Lee, more commonly known in Teal Town by his moonlighting alias, Mike Ricci.

But not curling... dear Lord, we draw the line for that Olympic monstrosity at the 49th parallel.

Ahem. Read more after the jump.

UPDATE!!! = Read Tim Hortons' response to our post, transcribed in the comments!

We, the staff of Fear the Fin, heartily beseech you to bring one of your ubiquitous establishments to San Jose, CA. Ubiquitous, that is, in Canada - but not yet in the sunny climes of Northern California.

We know what you're thinking - why should you go through the trouble of bringing a franchise to America's West Coast, when such a snowless, seemingly un-Canadian market has yet to be tested?

Your company has over 3,000 franchises across North America - yet to the arterial detriment of us Yankee occidentals NONE of these lies west of the Mississippi, let alone in America's 10th largest city, in its most populous state!

Unless you go even further west. MUCH further... to Kandahar, Afghanistan, where the only Tim Hortons outside of North America can be found.

Once again, we know what you're thinking - San Jose is not the logical locale for company expansion.

With all due respect - and we have nothing but respect for thee, oh purveyors of nutritious Timbits - it makes a helluva lot more sense than Afghanistan. And except when opposing teams are in town, we're a lot less hostile.

What does that matter, you say? Well, hockey and Tim Hortons go together like Cheech and Chong... and we have our Cheech, but he's missing his Chong (not to mention some ice time...).

Sure, there was a time when San Jose Sharks fans booed the Canadian national anthem, but that's water under the Confederation Bridge - just a big misunderstanding! We actually adore all things Canadian - just see how we line up for hockey tickets, deepset in the knowledge that our investments in December might not pay dividends in June! Listen to the sweet serenades we offer to your country's sons, especially Mr. Chris Pronger, OC! Every time he touches the puck, no less!

In return for your bestowing of a franchise (preferrably an annex inside the HP Pavilion, though we will settle for a proper one along the Teal Mile, a.k.a. Santa Clara Street), we promise to graciously overlook the lack of an apostrophe in your company's name. We are well used to the Toronto Maple LeaFS - what's one more Canadian grammatical oddity?

Sincerely, and on behalf of Canadian ex-patriots in the Bay Area and Sharks fans everywhere,