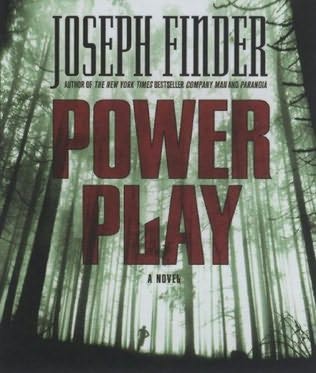 This is the second part of our midseason report; join us after the jump for a look at the power play and penalty kill. 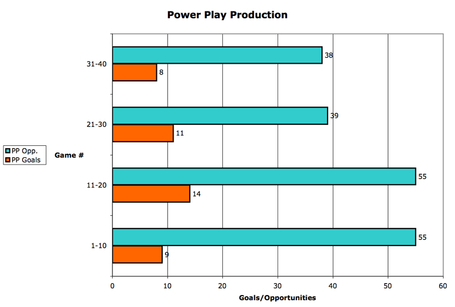 Takeaways: For me, this has less to do with results and more to do with execution. When Todd McLellan came to San Jose the one area that was predicted to improve immensely was the power play. The addition of a true "quarterback" (Boyle), a rocket launcher from the point (Blake), and the fact that he ran one of the league's best units last season (Detroit) made it almost too easy for the pundits to decree that things would be much improved.

Inconsistency from game to game has plagued this unit, something that has been a recurring criticism since the Ron Wilson years. That being said, there are positives. More shots from the point, players willing to run screens in front of the net, and seam passes have been more common; a testament to the system, and the player's willingness to work for that system.

And yet, the problems remain. What gives? A willingness to find the defensemen at the point and let him create. Off-puck movement has been lax. The lack of a cycle, and most importantly, the inability to generate quick puck movement. Teams are pressuring the shooters at the point; by jove, make them pay for it. Create a passing lane by moving your feet and capitalize on odd-man opportunities in the low slot.

Joe Thornton also needs to develop a habitual shot. He's been one of our top forwards in shooting percentage this season, and if teams are going to be forced to respect Big Joe's shooting capabilities, it will draw players away from shadowing the likes of Devin Setoguchi and Patrick Marleau. Snipe-city son. Snipe-city.

However, these are not even close to being my biggest concern. Look at the power play opportunities being generated in the last two ten-game stretches. A near drop of twenty opportunities means the forwards aren't moving their feet in the offensive zone at even-strength. No matter how many excuses are laid out (referees are becoming more comfortable with the rules and therefore handing out less penalties, the Sharks aren't getting calls), the differential should not be that profound. Somewhere in the neighborhood of ten would be significant- a difference of twenty is nearly catastrophical. That's roughly two extra power play opportunities a game. 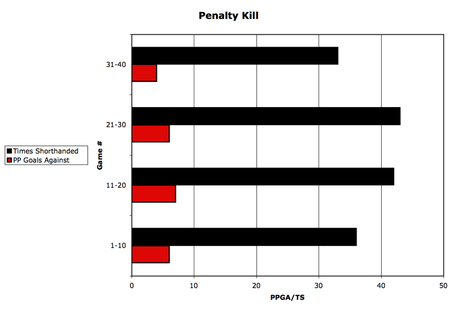 Takeaways: Hands down, the penalty kill has been spectacular the duration of this year. Players such as Milan Michalek and Patrick Marleau have filled some big shoes admirably (Rismiller etc.)- the inclusion of Torrey Mitchell will strengthen our depth.

To round out the look at special teams, here's a chart that illustrates just how well the Sharks have been doing all year in terms of winning the "special teams" battle. 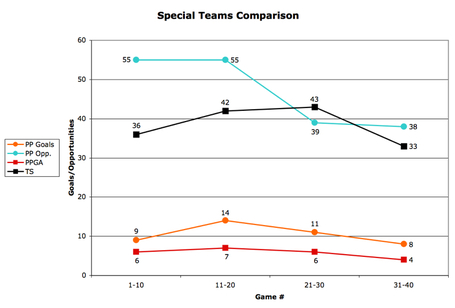 No matter how frustrating the power play can seem at times, the numbers speak for themselves. The Sharks have been outplaying teams in these two categories all year.