Share All sharing options for: Your Wednesday Morning Skate 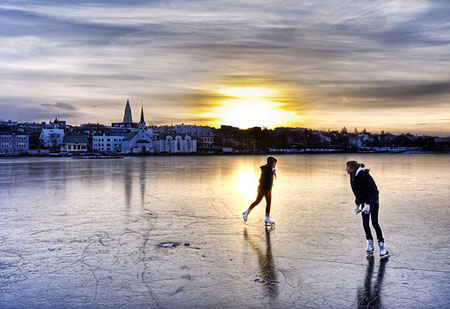 * Alexei Semenov will be signing autographs today from 4:30-6:00. For as much crap we collectively give him around here, the last fifteen games have seen him develop into a decent defenseman (and one that I'm comfortable with at the seven slot). It almost seems as if that stint at forward shook off the tentativeness that has plagued his career in San Jose. He's making confident breakout passes (and not dumping it at a player's skates two feet away), using his big body (not trying to be the next Marc-Edouard Vlasic), and although he's refrained from lighting the lamp, we might have to deem that a good thing for now.

* Torrey Mitchell is getting an MRI done today, which is either a precaution or a sign that he's suffered a pretty serious setback. About ten days ago against the Hershey Bears (Washington's affiliate), Mitchell collided with another player and complained of pain in his injured leg.

* Is anyone else completely enamored with the goaltending situation we have going into the end of the year? Nabokov is beginning to hit his stride and Boucher has been lights-out in relief, giving The Todd plenty of options to choose from when composing his starting lineup. I'd like to see Boucher get more starts in February as he hasn't seen much game action for awhile now; Nabby will need the rest and it's always prudent to keep your backup ready to go.

The one position that will make or break a team is in two very capable gloves.

* Dan Boyle is likely to play on Thursday against Phoenix, but it's not a sure thing. Conventional thinking says keep him off the ice until he's 100%- if a guy can take a lump in the All-Star Game, there's no need to push things in the latter half of the year.