Deutschlanders getting it done - Ehrhoff (now error-free!) and Goc lead Sharks over 'Yotes

Share All sharing options for: Deutschlanders getting it done - Ehrhoff (now error-free!) and Goc lead Sharks over 'Yotes 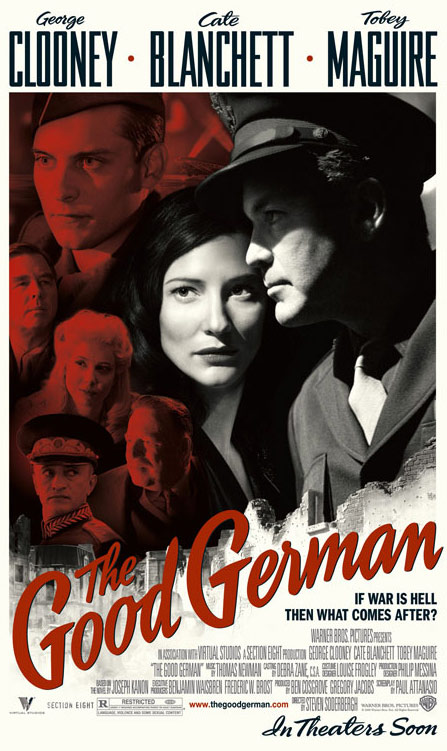 Christian Ehrhoff had the game-winning power play goal, and Marcel Goc potted an empty-netter to send the Sharks up 2-0 in their win tonight against the visiting Phoenix Coyotes.  Evgeni Nabokov earned his second straight shutout for the 44th of his career, after making 24 saves.  Ilya Bryzgalov was formidable for Phoenix, making 27 saves (earning him the second star of the evening), but Phoenix's inability to convert on any of their 6 power plays ultimately doomed them in a hard-fought, physical game.

And don't look now - but Alexei Semenov earned his fourth point of the season with his secondary assist on Goc's goal.  He also (technically) had the first shot of the night - nazdrovie, droog!

The game ended on a comical note when two teal attempts at empty-netters hit the crossbar and post, respectively, before Ryane Clowe and Goc tag-teamed the insurance goal.  Clowe's assist earned him a legitimate point of the evening - in the first period, an apparent goal was ruled out upon review, as it was plainly obvious that he had kicked the puck in the net.

Tonight was also Claude Lemieux's 1200th career game - he posted 8:08 in ice time and had 3 hits (once on Yandle, and twice on Klee), though he was without shots.

Phoenix also lost center Steven Reinprecht to a shoulder injury, with coach Wayne Gretzky estimating he could be out anywhere from two to six weeks.

Reinprecht had all of 0:58 in ice time... before he was hit by (wait for it) Alexei Semenov.  FTF awaits more information.

Ehrhoff led all players in ice time with 25:31, and tied Grier, Pavelski, and Cheechoo for most Sharks shots on goal, with 3.  Enver Lisin and Martin Hanzal each led Phoenix with 4 shots.

The game was physical from early on - Ryane Clowe and Daniel Winnik dropped the gloves at 3:31, though Clowe's effectiveness was hampered by the jersey pulled over his head.  Marc-Edouard Vlasic also received 2 separate penalties for roughing.  Douglas Murray absolutely leveled Kyle Turris in the second period, and (no kidding!) had 2 shots on goal to boot.

However, we'd all be kidding ourselves if we said the star of the evening was any other than Evgeni Nabokov, who played like a man possessed.  In a battle of the Russkies, Nabokov was Bryzgalov's superior - he was virtually flawless, with the exception of his tripping penalty late in the second period.  Glove saves through traffic, kick saves and covered up rebounds - can we just give the man his Vezina, already?  It's not like Brodeur can rob him this year...