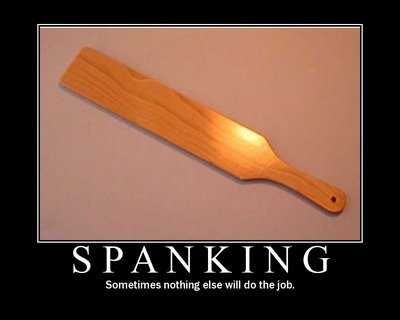 There's nothing like getting spanked in Calgary. Don't ask me to go into details. That was a long, long time ago.

As for the San Jose Sharks spanking, what can you say. You pick up and move on. We got absolutely manhandled in the first twenty minutes of the Calgary game, and no matter how you cut it, that effort is not going to win games. It doesn't matter that the Sharks managed to pick up the pace after Nabokov was pulled- the tone was set in the first five minutes.

The real question is how the Sharks will respond. Amazingly, the Sharks have only been beaten by three or more goals twice before Tuesday (4-0 in Anaheim and 6-0 in Detroit). For the sake of understanding how we tend to handle a big loss, here's a look at the games that immediately followed.

The three statistical categories shown here are ones where I feel show how hard the team is "working." After a big loss I would much rather see a string of complete efforts rather than wins (although they usually come hand in hand). EVGD is the even strength goal differential, EVSD is even strength shot differential, and PDD is penalties drawn differential. The focus on even strength is important due to the team excelling at the basics. If anyone wants anything else let me know in the comments and I'll be happy to provide it.

Takeaways: Giving up a lot of goals after a huge loss is usually not the best sign, but the Sharks did manage to squeeze two wins out of those old fashioned brawls. It's good to see nearly all categories in the positive range, even if the results didn't necessarily show it (Florida).

Looking back on it from a qualitative standpoint, Philadelphia was a desperate team (I believe they were winless when we faced them), and Florida, while not being the most feared opponent on a nightly basis, got an excellent performance from Tomas Vokoun. Also note that this was the period in the year when San Jose's blueline was still learning the system- when to press and when to stay back. The training wheels were still guiding us along.

Lesson Learned?: Meh. I'm not certain the Anaheim game was even deserving of a "response", as Giggy basically flat out stole the show. The games following Detroit are probably a better indicator for two reasons; it was a heavily hyped game league-wide, and the loss, well, the loss was just brutal.

Takeaways: There's a lot more volatility in these numbers that's for sure. I was at both of the Rangers and Canucks games, and was pleased with probably three out of the six periods (the first against the Rangers, and the first/second against the Canucks).

Nabby was a goddamn machine in the third period against New York, and without his play things could have gotten ugly.

As for the numbers, it paints a picture of inconsistency that has plagued the team of late. Blown out by the best team in the NHL, struggle to hold a lead against New York, smoke Vancouver, then drop a post-Christmas tilt against the Blues.

The one steady category amongst all six of the games would have to be positive numbers in drawing penalties, a good sign that players are moving their feet.

Lesson Learned?: This one is close to being a wash, but due to the shellacking against Detroit, I'm going to have to land more on the side of "no". The lack of complete sixty minute efforts (to be fair, when you go up 5-0 against a team you're bound to get a tad uninterested) didn't show enough of the "go for the throat" mentality I would hope to see.