Sharks Gameday: The Island Brought Us Here For A Purpose

Share All sharing options for: Sharks Gameday: The Island Brought Us Here For A Purpose

The Sharks began their road trip by blowing more chunks than David Hasselhoff at an open bar. Do us all a favor and keep those BevSco spreadsheets handy- bench your Thursday night drink of choice and start anew.

Nabokov was crap. Absolute garbage. You really need to sit the guy an... wait, what? He actually played admirably and has been getting hung out to dry by the defense all season long? If you're calling for Nabokov's head right now go make yourself a strong Castrol cocktail. I know last year's playoff run still hurts, but at some point you need to forgive and forget. The fact of the matter is that those warts, while an eye-sore and big part of who you are now, don't mean you can't move on and start over. It's a new year. Dwelling on the past just ends up in a therapeutic bill longer than Clowe's scoreless streak. Nabokov has played great this entire year barring one miscue against the Kings. Mark it down.

That being said, I do hope we see Thomas Greiss at least twice this road trip, and tonight seems like a good place to start. Along with the compressed schedule this season, it's highly likely that Nabokov will play for Team Russia during the Vancouver Olympics in February. Riding him like like Wilson did in 07-08 makes no sense due to the end-to-end workload he will see throughout the course of this regular season:

Nabby dealt with some lower body injuries during pockets of last season, and his increasing age makes him more susceptible to that. I wouldn't mind somewhere in the GS range of 58-24 between the pipes. It's a damn near lock San Jose makes the playoffs, and testing out the pipeline can only improve Wilson's decision making in the future.

Please start Greiss tonight. I don't care if we're coming off a porous outing against the Washington Capitals and need a win to get this road trip on the rails. I don't care if he had a mediocre preseason and gave up one whale of a softie against the Kings. I really don't care. The kid needs reps, he needs an opportunity, he needs to establish some swagger at a position that requires it. He needs to be tested and prove to the organization that he is a reliable option during the course of the year. He needs a chance.

Give it to him.

Dany Heatley's hat trick was fun and all that, but I think Ferriero's last night was my favorite goal of the season. I know you don't care what kind of shit I do in my personal life*, but I watched that goal about seven times last night and couldn't help getting a chub. It's science.

*For example, I am currently taking the Sharks to the Cup with the offsides off and matching Andrea Bocelli's "Con te partirò" note for note.

Anyways, the video of the goal can be found here, but it cuts in halfway through and leaves out a bunch of important parts. Fortunately, that's why they pay me the big bucks. Click to enlarge: 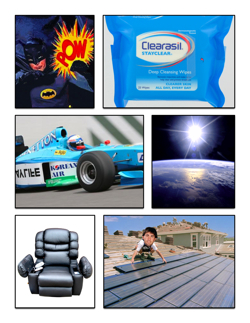 Scott Nichol comes down to support Jason Demers, who is currently battling for a loose puck with Chris Clark. Nichol finishes his hit high on Clark which causes him to put his glove up to his mouth and try to draw a penalty instead of finishing the play. Demers sends the puck to Kent Huskins behind the net who, despite good pressure from a Washington forward, makes a smooth backhand breakout pass right on Ferriero's tape. Ferriero then hits a streaking Scott Nichol at center ice with a nice saucer feed of his own. He then proceeds to drive to the net like a man possessed.

Nichol enters the offensive zone, does an excellent job of creating space for himself while facing up to the middle of the zone to hit a trailer. Chris Clark doesn't bust his ass back because of the initial Nichol hit, Eric Fehr takes a page out of the Capitals playbook and doesn't backcheck, and guess who's all alone? Ferri-eri-eri-ooo. Roofs it, tie game, chubs city.