Share All sharing options for: Shootin' The Shit: One Player, One Player Only

Before we get into this-- how pumped are you for this weekend? The Sharks haven't played since Tuesday against Nashville, and I'm really looking forward to watching some hockey again. What a great day to be alive.

The title says it all-- you've got the opportunity to bring one player, and one player only to San Jose. Nothing goes the other way, and while we aren't crunching the cap numbers like we did last offseason persay, the length and size of his contract should be considered even if he's essentially playing for free. Wade Redden's of the world need not apply.

My love affair with a current Calgary defenseman has been well chronicled over the years, and per the usual, I think he's a perfect addition to this team. Robyn Regehr provides a physical presence on the backend rivaled only by one Douglas Murray, and will gladly chew up twenty five minutes of ice time per game (both on the kill and at even strength) against the best competition opposing teams have to offer. Yummy. His moral compass hasn't gone wildly awry like Chris Pronger who, like it or not, I do adore despite all of the cognitive dissonance it causes me. Brent Seabrook and Shea Weber's youth (24), along with their ability to do many of the same things Regehr does oh so well admittedly tickles my fancy. And yet, I'm sticking with the main event, the destroyer of worlds. He's 29 years old, an assistant captain, comes in at a very manageable $4.02 M cap hit for the next four seasons, and contains a skill set (see figure 1.1) the Sharks could sorely use. 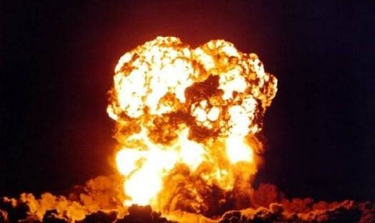 Oh Robyn you enticing temptress you.

With Jason Demers channeling his inner Dan Boyle at times, and the front end already loaded with premier goal scorers such as Dany Heatley, Patrick Marleau, and Devin Setoguchi, I'm unconcerned with getting a notable upgrade in offensive output from the backend. It's all about breaking faces and bringing a smile to mine-- and that's what Regehr does best.

Your turn. Let's try not to cop out with a Crovechalkin pick eh? One player, and one player only. No takebacks ladies and gentlemen.