[Editor's Note]: With Torrey Mitchell rumors abound (no, we're serious this time), Fear the Fin brought in some experts for a back and forth on the issue. We call it a back and forth because we've had like seventeen Q & A's already this month. Frankly, it's getting a little ridiculous.

As David Pollak noted, Mitchell is in the midst of a two-week conditioning assignment in Worcester. He may not play tonight, and we may have jumped the gun a bit, but a quick conversation with our girlfriends will prove that is to be expected.

Our guests are two men who need no introductions. However, at the risk of ending up in a dumpster behind 7-11, we've decided to give them one anyways. Take it away boys. 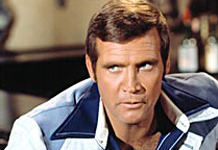 Steve Austin: First, I was an astronaut. So I'm already better than you. Then, after crashing my lifting body craft, the U.S. broke the bank to make me even more bad ass than you. Better, faster, stronger. Yeah. That's me. In Spanish, I'm "El Hombre Nuclear"... eat it. I'm the authority on successful comebacks after long injury layoffs. And I'm better than you. 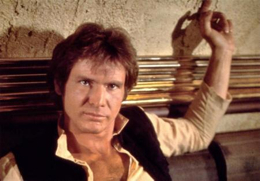 Han Solo: What's up FTF Staff? Remember how you had that whole funny little one-liner about jumping the gun? Too bad I can make her hit lightspeed faster than you can say "womp rat." The Kessel Run isn't the only thing I've done in twelve parsecs, and A New Hope was the only time I ever shot first. Take that one to the bank.

Han Solo: Er, yeah. I was also frozen in carbonite, so I know a bit about this whole coming back after a long layoff thing. That's what we're here for right?

Steve Austin: Correct you are Mr. Solo. So what's the big deal about this Mitchell guy anyways?

FTF Staff: Torrey has been out since the 2008 preseason, and there has been an increasing amount of hype surrounding his return. Frequent Mitchell centric rosterbation is not uncommon here on FTF-- when a long layoff occurs, this is to be expected.

Torrey is fast. He's good on the penalty kill. He adds energy to a club on every shift. However, he's not a top six player right now and it's unlikely at the age 24 he becomes one in the near future on a team like San Jose. Hell, to even earn his roster spot he's going to have to fight for minutes, and it's unlikely that he's going to play center with two already skilled pivots (Malhotra, Nichol) on the bottom two lines. He only won 49.4% of draws he took in 2007-2008. All four (five if you count Couture) of the Sharks starting centermen this year are above a 54% success rate.

With the quality minutes already being contributed by Ortmeyer and McGinn on the wing, Mitchell will have to play well to stick on line three, and even four. Even though his contract should keep him on the team, Logan Couture has played admirably when called up and could pressure Mitchell for a roster spot all season.

Steve Austin: When they rebuilt me, they paid extra attention to my speed. They had that technology. Even when it looked like I was running in slow motion I can assure you I was doing no such thing. However, Mitchell didn't get my bad-ass bionic parts. Will he still be able to keep up with me?

FTF Staff: Much like you Mr. Austin, Torrey Mitchell suffered a severe leg injury that had the potential to ruin a career. Unlike you however, Mitchell has not had the benefit of accelerated story progression and instead has been out of NHL regular season commission since April 6th of 2008.

A large part of Mitchell's game is reliant on speed-- he's never had the best goal-scoring hands, nor has he ever been a standout assist man (10 G, 10 A in his only NHL season). The nagging tendinitis in his leg is cause for concern in this regard, because if you take away his skating ability you've essentially taken away the biggest asset in his game. It's unrealistic to expect for him to come in and be able to skate circles around opposing players the first month he returns. There are going to be some mental issues he will have to contend with as well. He's far from the biggest guy in the league (5'11, 190 pounds), and while he threw the body around admirably in the four postseason games he played against Anaheim last year, expecting that sort of unhinged physicality over the course of the next 60 games is probably unwise. When we say he's a bone-breaker, we're referencing Kurtis Foster more than we're referencing Douglas Murray.

These things are going to take time, and Sharks fans should give him that time. Maybe you could offer your expertise in the matter and help rebuild him. Doesn't hurt to ask.

Han Solo: You could say the Rebel Alliance was shorthanded, but I made that shit run like a Bantha with gastrointestinal issues. Torrey's no Solo, but can he be the Wedge Antilles of the PK unit?

FTF Staff: He's going to help here no doubt, but as we mentioned earlier, it's going to take him awhile to get into the swing of things. There's been a lot of roster turnover on the shorthanded unit since two years ago, as well as a new coach. Mitchell's last regular season game came under the piercing gaze of Ron Wilson. Let that sink in for a moment.

When Mitchell returned to the team against Anaheim last year, he logged zero minutes and zero seconds of shorthanded time. When Joe Pavelski returned from his injury, McLellan gradually brought him into the fold, with his first two games back logging 0:26 and 1:02 respectively-- this is also coming from a guy who has played a vast majority of his games in a Sharks uniform over the course of the last two years. It makes sense that McLellan will take even longer to get Mitchell in.

With newcomers like Scott Nichol, Manny Malhotra, and Jed Ortmeyer replacing his minutes, and guys like Joe Thornton and Dany Heatley chipping in, there's not a whole lot of room out there for him to contribute. Yes, he will allow McLellan to ease the burden off of the unit as a whole, and yes, he is going to eventually contribute here. Just don't expect it right away.

Han Solo: I led a guerilla operation of half bear midgets against an Imperial Armada upon my return. Can we expect this type of performance from Mitchell when he hits the ice?

FTF Staff: We're all excited that Mitchell is coming back. But remember, this is a guy who scored only 10 goals two years ago. While that's impressive for a 22 year old, he's missed more than a year with two separate, significant leg injuries.

Don't get us wrong, we're crossing our fingers in hopes that he continues his development and contributes to this team. But it's just as likely that he'll struggle out of the gate, hit a rough patch during the year, or suffer another injury. It's the nature of the game, and at this point in his career, you really don't know what to expect of him. So temper your expectations because he's not the second coming of Gretzky.

Or Steve Austin for that matter.