Sharks Gameday: For The Record

Share All sharing options for: Sharks Gameday: For The Record

Brian Boucher would have had a shutout last night. What a goaltender.

Oh Dany Heatley, you ol' devil you. A hat trick last night that comprised of an even strength goal, a shorthanded goal, and a power play goal. Has this ever happened in Sharks history? I can't recall any, and if it has, I'm sure you could count all of the times on one hand. 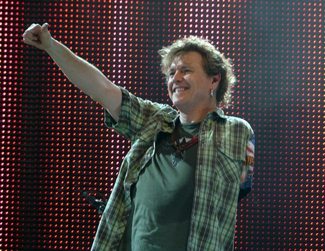 Too bad Heatley could have had four if he would have buried one of the three opportunities he had during that shift midway through the first period. Call it cynicism ladies and gentlemen, but I'm just stating the facts. Where's that "soft San Jose media" label now?

In other news during this brutally boring gameday lacking of insightful commentary, it turns out that fan who got into a fight over Scott Niedermayer's stick on Thursday night is professional skateboarder Mike Valleley. Not sure if anyone here was a big CKY fan back in the days before Bam's TV show and Jackass, but I was, and the first thing that came to mind was this clip of him going to town on four guys in a parking lot (video and music NSFW).

Damn shame Brandon DiCamillo didn't ride in on a fake horse and finish the job with a well-placed joust.

I'll be meeting with Sleek, Spade, Evilducks, and a few others at Danny K's around five o'clock before the game tonight if anyone is interested in joining us-- email me at [fearthefin@gmail.com] to exchange numbers. I also know that the people taking the bus trip to Anaheim will be meeting at JT Schmid's before the game. Both venues are nice, although Schmid's can get a tad bit pricey if you're tight on cash.

Apologies for two lackadaisical gamedays in a row. Working on a big piece for next week that should hopefully drop sometime before Turkey Day (pretty sure that's a proper noun).