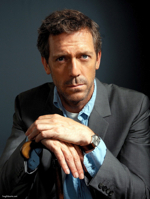 [UPDATE, SUNDAY] WTC Reports that Dan Boyle's injury appears to be nothing serious. The Sharks official pagesays the same. H/T to Megs and sharks in oc for the tip.

[UPDATE, SATURDAY] Per Dave Pollak at WTC, McLellan says it's too early to tell how serious Dan Boyle's injury is. For those of you waiting up for news, looks like you'll have to wait for tomorrow.

At the end of the San Jose Sharks 2-1 loss to the Phoenix Coyotes on Saturday, Taylor Pyatt checked Dan Boyle into the boards with roughly 5 seconds remaining in the game. Following the play Boyle was slow to get up, taking nearly a minute to get off the ice, and had to be helped off by two teammates.