The 2010 Games in Vancouver are fast approaching, with final rosters set to be announced in late December. SB Nation has been running a network wide preview series chronicling the likelihood of individual players making their respective country's roster, and pocket aces dropped today-- it's Fear The Fin's turn to make our grand entrance onto the big stage.

As I see it, the San Jose Sharks have a couple locks and a smorgasbord of remaining hopefuls that boast a myriad of different skills; these hopefuls will either need to elevate or hold their current level of play in order to make their inclusion later this month the right choice for their country.

Make the jump for evaluations of Nabokov, Marleau, Thornton, and Heatley. 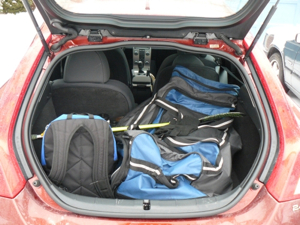 Evgeni Nabokov is a no-brainer for the Russian team this winter, and will likely be starting between the pipes as he did during their fourth place outing in Turin where he went 5-2 with a 1.34 GAA. His recent success at the 2008 World Championships where Russia won gold, along with his stellar play during the first two months of the 2009-2010 NHL season, also add to his credentials. Competing for his job will be Illya Bryzgalov and Semyon Varlamov, with Nikolai Khabilbulin looking to be on the fringe as of this moment considering he is dealing with back trouble and has not played as well as the aforementioned three. Two veteran netminders should be able to shoulder the immense load on a Russian team expected to play for the gold medal in what stands to be a boisterous Canadian arena. The potential seasoning of Varlamov (along with his excellent play) will be an enticing opportunity for the Russian brass to consider, as it will concurrently set the team up for another bid at the 2014 games in Sochi*.

*Admittedly the NHL hasn't green-lighted sending players over as of yet, but with the KHL an alluring alternative and one of their biggest stars (Alexander Ovechkin) stating that he wants to play in the games, it might be in their best interest to do so. Words such as "fatigue" and "potential injury" will be tossed around, but keep in mind that it is just as likely, if not more, about the loss of revenue stemming from shutting the league down for three weeks to play overseas. Alas, that is a topic to be covered at a later date.

No matter what happens in the next month, Team Russia boasts four able netminders to choose from in the crease. And if current trends hold, Nabokov will be front and center.

Coming off a 38 goal year, Patrick Marleau has once again shot the lights out, posting 19 goals and 33 points in 29 games during the 2009-2010 season. Going into Team Canada's development camp last summer it was uncertain whether or not he would be able to crack the squad-- an offseason filled with off-ice extracurriculars concerning his leadership abilities and "heart" in high pressure situations (views that were never shared by this author, nor the majority of readers at Fear The Fin) contributed to that, along with the astonishing depth of the Canadian national team. However, with what's shaping up to be another strong year for Marleau, his inclusion onto the roster is but a phone call away.

Although short on Olympic credentials (invited to camp but eventually discluded from the 2006 roster), Marleau will nonetheless be able to provide the high powered Canadian offense with some of the best defensive abilities in the game, and will contribute heavily on the penalty kill. All while being a threat in the offensive zone every time he takes a shift.

Team Canada's all-time leading points and goals scorer. A man on a mission to earn back his country's trust following a heavily publicized trade request. Top five in the goal scoring race with fellow teammate Patrick Marleau. Penalty kill partner in limited minutes with fellow teammate Joe Thornton. There's just about every reason in the world to include Dany Heatley on Team Canada later this month.

The only issue is whether or not to put him on Getzlaf's wing. Two balding superstars on the same line might be too much fun to pass up.

Jumbo Joe has run into the same stigmas that plagued Patrick Marleau the last few seasons-- good when it counts, not so good when it counts the most. Whether or not that is fair assessment of his play with San Jose or a vestige of his days in Boston is a debate that will echo in the halls of eternity for the next millenia.

Of course, the suits behind the team would be loathe to leave Thornton off the roster, and that's where he'll be in February; expect to see him centering Heatley and Marleau during Team Canada's push to avenge their woeful seventh place performance during the 2006 games.