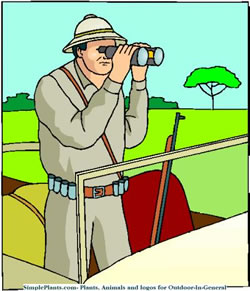 With the Sharks' upcoming visit to the Big D, it's time for another edition of Keeping Tabs, wherein we take a look at our closest enemies = the rest of the Pacific Division.*

* Not to sound boorish or arrogant, but the Sharks have a 24 point lead over the closest division rival (Dallas), and a 30 point lead over the division cellar dwellers (L.A. and Phoenix)... and San Jose has played less games than any of the four other teams.  I guess that takes a little of the fun out of Keeping Tabs, but just in case, everyone quickly knock on wood... while noting that the Sharks have a 99.997435% chance of making the playoffs.

** We'll also look at the two teams trying to edge San Jose in the President's Trophy race = do I even need to name them?

From a lowly 15th in the West to as high as 5th in recent weeks, the resurging Dallas Stars, though currently 7th seeded, are just 1 point behind the 6th place Columbus Blue Jackets (did I really just type that?) with two games in hand, and 3 points behind the 5th place Vancouver Canucks, with one game in hand.  (For those interested - there is a great divide between the Chicago Blackhawks, in 4th, and everyone else - take a look here).  The Stars also have a 71.3% chance of making the playoffs - whodda thunk?

Despite losing center Brad Richards for the season due to a broken wrist, the Stars are 3-2-0 in their last 5 games, with both losses coming against the Chicago Blackhawks.  The dual losses mean that Chicago has swept Dallas in the regular season - should the teams meet in the Quarterfinals (and boy is that a distinct possibility), expect a lopsided result.

The Sharks enter the American Airlines Center on Monday night, where the Stars have gone 13-3-1 in their last 17 games.  Of course, San Jose has won all three of the games between the two rivals this season, and has the potential to go 5-0-0 against the Stars within the next 9 days (the teams meet in San Jose on March 3rd).  Evgeni Nabokov is 12-16-3-2 in his career against Dallas.  Brian Boucher is 5-4-3 (ties, no OTLs), for the record.

TRADE RUMORS (courtesy of that bastard Eklund) = Jere Lehtinen is rumored to be headed to either New Jersey (uh oh...) or Ottawa.  On the receiving end of things, Michal Rozsival is strongly rumored to be heading to Dallas from the New York Rangers.  Buffalo's Tim Connolly might be headed to Dallas, although he is more likely to head to Vancouver or Calgary.

Expect right wing Landon Wilson to return to the lineup soon, maybe even for Monday's game - he was on injured reserve with a upper-body injury, but skated Thursday.

Oh how the Mighty have fallen - the Anaheim Ducks currently have just a 28.4% chance of making the playoffs... though that's up from 26.3% a few days ago thanks to their 5-2 victory in Columbus last night.

TRADE RUMORS = Brendan Morrison could potentially be dealt to New Jersey or Buffalo.  And then there's the Chris Pronger and Scott Niedermayer rumors - contending Eastern Conference teams (specifically Boston, New Jersey, and Washington) have been mentioned as a possible destination for both.

Defenseman Bret Hedican has been sidelined the past two games, explaining the new names on defense.

Samuel Pahlsson is still out with mono.

Francois Beauchemin, who has been out since November 14 after sports-hernia surgery, might return in a few weeks.

The Sharks head to the Pond on Sunday, March 15.

TRADE RUMORS = The Penguins' Ryan Whitney might head to Los Angeles, although Edmonton, Colorado and Toronto are all in the running, too.

Hot right now = Kopitar and Brown each have 7 points in their last 4 and 5 games, respectively.

Defenseman (and former Shark) Tom Preissing has missed 10 games on account of dizziness, but may return to action soon.

NOTE = The Kings have just SEVEN home games left on their schedule, and are 1-5-2 in their last eight homestands.  OUCH.

The Kings return to the Shark Tank on Saturday, March 14.

The Phoenix Coyotes, once as high as the 5th seed, now dwell at the bottom of the Western Conference, with only a 3.8% chance of making the playoffs.  They are 3-7-0 in their last 10 games.  How bad is bad?  The second-worst-in-the-NHL Atlanta Thrashers took the Yotes to the shootout on Thursday (though Phoenix won)... incidentally, that was the Coyotes' first win at home since January 20th, when a much higher-seeded team beat the Red Wings 6-3.

On the other hand, the Coyotes are just 4 points out of a playoff spot - but given the teams they'd need to climb over, don't count on it.

TRADE RUMORS = Olli Jokinen is rumored to be headed to either Calgary, Buffalo, or New Jersey.  Also in the running are Montreal, Philadelphia and Pittsburgh.  Derek Morris is likely headed to Buffalo, Philadelphia, or Washington.

ADDITIONAL RUMOR (from, uh, me) = The Great One's days behind the bench are numbered - mark my words.

The Sharks head to Jobing.com Arena on Tuesday, March 17.

Detroit roughly has a 100% chance of making the playoffs, surprise surprise.  They are 7-2-1 in their last 10 games.

Subplot of the week - Claude Lemieux hitting the ice at the Joe Louis Arena this week.  Perfect time for his first goal in 5+ years...

TRADE RUMORS = None on the horizon, according to Eklund's latest updates.

Defensemen Brett Lebda and Brad Stuart are out with injuries, but should be back next week.

Right wing Tomas Holmstrom will be out through most of March after surgery for a sports-hernia. 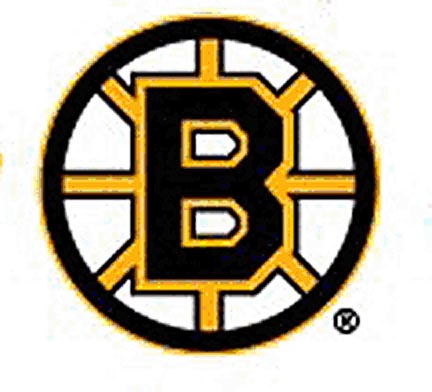 TRADE RUMORS = According to Eklund, Boston is in the running to get Edmonton's Erik Cole.

Marco Sturm is out for the year after knee surgery.

Petteri Nokelainen has missed 5 games after his eye was cut by Dan Boyle's stick.

NEXT FIVE GAMES = vs. Florida, vs. Anaheim, vs. Washington, vs. Philadelphia, vs. Phoenix