The Cybernetic Ghost of Sharkie's Past From The Future. SUNDAY TRIVIA.

Share All sharing options for: The Cybernetic Ghost of Sharkie's Past From The Future. SUNDAY TRIVIA. 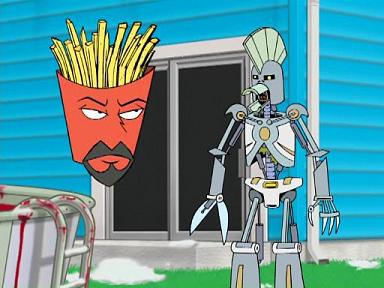 1) Which former Sharks defenseman has zero goals, four assists and a -10 this season? (hint: he plays for a Western Conference team)

2) Which former Sharks forward had a pair of goals in a win against the Detroit Red Wings this weekend?

3) Which former Sharks defenseman has spent the majority of the last two seasons on the IR, and has failed to play a game this season?