Sharktistical Analysis: The Bubble Boys of The West

Share All sharing options for: Sharktistical Analysis: The Bubble Boys of The West 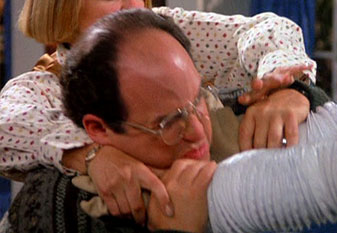 It's a vicious playoff picture out there folks

Momentum is key for teams down the stretch, and catching a hot team who has played brilliant hockey since the All Star Break is much more imposing than a team who has plodded along all year in the middle of the pack.

So with the bottom four seeds of the Western Conference seemingly content to postpone getting their act together until the end of April, now is a good time to see if we can pick out any trends that seem to be materializing in terms of first round matchups for the San Jose Sharks.

What we're looking at here is who's hot and who's not.

Shake your booty to American's favorite bass line and join us after the jump for a full round of bubbly- drinks are on me this morning ladies and gentlemen.

Before we dig into this, just a few notes on the teams involved in the bubble picture:

What follows are statistics for all the bubble teams beginning at game number 50. In order to nullify the discrepancy of games played, averages have been alloted in the specific categories that warrant them. As always, a shootout goal does not count towards a teams grand goal total.

Two areas that we should tend to look at heading into the playoffs are goaltending and even strength play. Goaltending is an obvious choice, but even strength play is nearly as important. With the referees whistles in their pockets (or stashed somewhere else if you want to be a smartass), cashing in on the scoreboard when it's all even is the most accessible way to advance to the next round. We touched upon it earlier in the year, and although the picture of the cake seemed to be the highlight of the post for the majority of FTF's denizens, I think it raised some good points.

[Editor's Note]: Teams are listed in terms of their actual NHL playoff standings.

Snapshots: With the return of Roberto Luongo and the revival of Mats Sundin, Vancouver is looking like a team that might be out of the "bubble" picture fairly soon. All of their numbers are strong (especially even strength goal differential), and their record shows as much.

If these trends continue watch the Nucks' make a strong bid for the top four.

Snapshots: Ah, the infamous Columbus Blue Jackets. Ken Hitchcock & Co. have given the Sharks trouble this season, and they remain one of San Jose's least desirable first round opponents despite their somewhat confusing numbers.

The even goal differential numbers should be a bit of a concern, but on the same token they are out chancing their opponents. Only time will tell if this is a case of getting unlucky (hitting the post, running up against consecutive hot goaltenders) or if the Jackets are a team that needs to find more scoring punch. The goal differential could stand to improve, but during this time Steve Mason was on the shelf for a couple games. He's been very good this season, and that may indicate the goals against are going to come down.

Landing a top six winger at the deadline could propel them to their first ever playoff appearance, and make this team a cinderella pick to knock off a higher seed.

Snapshots: The Wild face a six game road trip coming up (CGY, EDM, VAN, SJ, LA, ANA), and this will likely give us some insight into their playoff fate. Their numbers don't look all too convincing, but it's hard to count any team under Jacques Lemaire out. Niklas Backstrom is a goaltender who doesn't get the credit he deserves. He's been brilliant the last three seasons, and will steal a couple games going forward for the Wild.

At the end of the day though, a playoff series against Minnesota seems to be a desired result amongst a cutthroat Western Conference.

Snapshots: The loss of Sergei Zubov and Brenden Morrow earlier this season were huge hurdles for this team to overcome. Now with Brad Richards and Toby Petersen on the shelf, they're going to have to rely on Marty Turco down the stretch. He's been playing better lately (excluding some brutal giveaways with the puck, most recently last night), and will have to continue to do so for the team to stay in the picture till the end of the year.

The numbers say Dallas has been on the lower end of mediocre. However, they have overcome a lot this season which may provide something to their intangibles. How much Steve Begin contributes is still uncertain, but they needed some depth at center. He will provide that if nothing else.

Things look rough for the Stars going forward. If Turco is unable to string together some superb efforts, Dallas will have one whale of a time making the playoffs.

Snapshots: I got a chance to watch Edmonton square off against Columbus in the third period last night, and wouldn't say I was all too impressed. The top two lines seemed unwilling to dump it in and fight for loose pucks along the boards, and instead tried to maneuver their way through a classic Hitchcock trap. Not happening.

That being said, Dwayne Roloson has been keeping the team in games, which is amazing considering how woeful their shot differential has been. The Oil have enough talent to make a run, but dropping games in regulation to other bubble teams is not the way to go about it.

Their schedule in the next two weeks contains winnable games against lower-tiered opponents. For Edmonton to keep up the pace, they need to capitalize.

Snapshots: I purposely didn't get into special teams play in this initial article for a couple of reasons, but it should be noted that Anaheim leads all of these teams in trips to the box per game (4.29). Their propensity to take penalties in the offensive zone has been a killer all year, and Giguere has been about as inconsistent as they come.

With Chris Kunitz getting shipped for Ryan Whitney yesterday (and a subsequent 6-0 drubbing at the hands of the Bruins), you have to wonder whether Chris Pronger or Scott Niedermayer's time in Southern California is coming to a smog filled close. The Ducks next two games against Dallas and Chicago will probably give Bob Murray an idea of what should be pursued. If they don't split at the very least, it's hard to envision Murray standing pat. Both of those players will deliver a nice return package and could put them back in the Conference elite as soon as next year.

My money's on Pronger heading east within the next five days.

Since we're looking at how teams are faring down the stretch, we'll close with the standings based solely off the bubble teams average points per game. Once we hit game seventy this list will most likely reflect the actual playoff picture, as most of these teams are within just a few points of one another.

There's not a lot of room for error anymore.

Games To Watch This Week