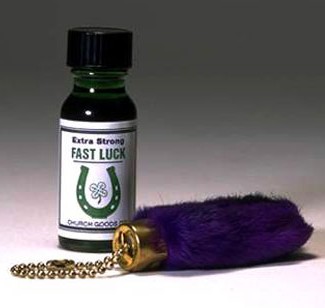 Hi, my name is Dave and I’m superstitious.
Are you?
I am.  I admit it.  Go ahead, admit it. You are too.  The question is how much?  How superstitious are you?

So, that’s the question I’ve been pondering for a few days.  Weeks actually.  The subject came up a few weeks ago around our house when I was frantically trying to find my “Sharks shirt” about 30 minutes before a game.
“What is wrong with you?”  Southern Bell asked (It’s okay Mr K, her last name is Bell)
“I have to have my shirt.”
“You have a shirt on.”
“NO, I have to have my Thornton shirt.”
“Why?  You’re wearing a Sharks shirt.”
“It’s not the right one.”  Bobbie rolled her eyes at me, like women often do to us guys.
I pointed my finger at her.  “You don’t understand.  You never, ever mess with a streak.”

Okay, so I played team sports most of my life, and that admonition was ingrained in me from an early age.  My son (who will be 31 this Saturday) has played team sports most of his life.  Our house lived by that rule.  I thought everyone knew that you don’t mess with a streak.  We are both convinced we screwed up game 7 of ‘02 World Series for the Giants by somehow doing something different.  In fact we know what we did wrong.  During that playoff run we ate for dinner whatever we had when the Giants won the previous game.  If they lost, we changed it up.  I learned after we had steaks on a night they won that hamburger was a cheaper source of a win.  That fateful game night of game six some friends came from Reno and convinced us to have a sushi party.  ‘Nuff said about that.

Anyway, I almost digress.  I don’t mess with a streak.  Until the streak stops.  Then I start again.

After the ‘06 season I was cruising the Sharks online store and found a long sleeve black Thornton t shirt jersey for a ridiculously low price.  That’s been my ‘shirt’ since then.  I have a beautiful black authentic alternate jersey from two years ago that I nearly refuse to wear, because every time I wear the damned thing they lose.  I’m saving at as a losing streak buster if absolutely necessary.  That long sleeve tee is the one.  There is still magic in that rag.  I need a new one, but you won’t catch me buying one before the year is out.  I have to wear my black Sharks hat sometime on game day.  It doesn’t matter when, just sometime before the game.  And lastly, I change the wallpaper on my desktop if they lose.  I have a nice face shot of Bouch up there right now.  But I’ll be on Google images to nite and have it changed before the game Thursday.

So, what do you do?  I’ve heard a few folks say some things....but let’s hear it.  Let it out.  Tell us what kind of crazy stuff you do to help the boys win.   You'll feel better.