The Sharks continue to bring the suck, losing 2-3 against Blue Jackets in O.T.

Share All sharing options for: The Sharks continue to bring the suck, losing 2-3 against Blue Jackets in O.T. 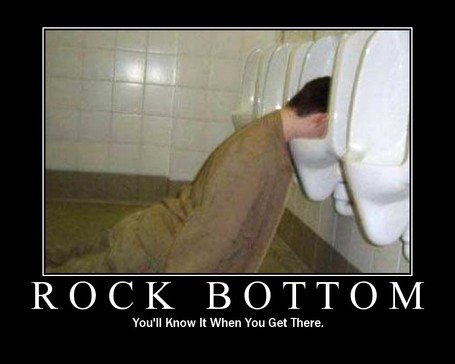 Yeah, too bad we haven't seen much of that lately.

Team Teal lost 2-3 in O.T. in Columbus tonight, losing their third straight game for the first time this season.  Unfortunately, it had to come on a day of dual milestones - Mike Grier's 900th career game, and Jody Shelley's 33rd birthday, coincidentally while at his old stomping grounds.

Reasons for our loss?  What's required to break out of the funk?  Read on for more.

Ryane Clowe gets pulled into a fight with third line winger Derek Dorsett for a rough check that our man dished out - pretty crafty of Columbus, as the Sharks were without their gritty second line winger / power play go-to man for five minutes, while the Blue Jackets only forfeited a low scoring, high PIM man.  Good trade for Columbus.

The Blue Jackets got on the board first when the recently-improved Alexei Semenov showed signs of his old ways creeping back, by turning over the puck near Evgeni Nabokov.  Surprise - a (soft) goal by Jason Williams, unassisted at the right circle, at 1:46.  First Columbus shot on goal, too.  Minus-ones = Ehrhoff, Semenov, Goc, Grier, and Cheechoo (side note - Cheech played left wing tonight while Grier played right).  Plus ones = Christian Backman, Jan Hejda, Jason Chimera, Jason Williams, and Fredrik Modin.

Manny Malhotra drew an interference call against Mike Grier at 4:25, and the Blue Jackets went on the man advantage first.  No shots on goal for the BJs, BUT a scare off San Jose's goalpost with seconds remaining.

Joe Thornton drew a roughing call against Columbus defenseman Rostislav Klesla at 7:06 - Klesla hit Thornton in the face, dropping him to the ice, and then seemed remorseful of his deeds ("Hey man, you ok?" he appeared to say to Jumbo).  Repentence aside, it was time for San Jose's first power play of the night.

Twenty-seven seconds after the penalty was killed, Dan Boyle allowed a turnover of the puck at the boards, from whence it was sent to Rick Nash.  Nabokov's attempt at coming out of the net to stop Nash's rush was for naught, as Columbus' star left winger wristed it past Nabby from 14 feet out.  Kristian Huselius and naughty boy Klesla had the assists, at 9:33.

Later in the period, Joe Thornton drew another penalty, this time a hooking call against Fedor Tyutin at 16:23.  The Sharks would manage 2 shots on goal, but most regrettably allowed a significant shorthanded attack from R.J. Umberger.  Fortunately, Nabby decided his honor was too great to allow yet another goal, so he managed to block the shot.

Jan Hejda called at 0:29 for interfering with Ryane Clowe.  The Sharks lose no time in scoring, when Devin Setoguchi is set up in the slot for his first goal since January 20th.  Christian Ehrhoff and Joe Thornton earn the assists.

Milan Michalek drew a hooking penalty against Kristian Huselius at 2:18 for yet another Sharks power play.  Just one shot on goal for San Jose.

Much later, at 13:49, birthday boy Jody Shelley and Jared Boll earned 5 minutes each for fighting.

Fredrik Modin was given a two-minute penalty for high-sticking Joe Pavelski at 0:30.  The Sharks went on their fifth and final power play of the evening, generating just one shot on goal.

In O.T., San Jose managed 4 shots, before Columbus' fourth entered the net.  R.J. Umberger fired a shot that trickled past Nabokov, unbeknownst to our goaltender.  Meanwhile, Christian Backman found the puck and quickly swept it in, winning his team's second straight game in O.T. against San Jose, as well as putting an end to Columbus' 3-game losing streak.

Not to mention sending our team further down the road of their losing streak.  Much credit is due to #1 star of the night Dan LaCosta, who made 28 saves in his first NHL start.  That Columbus - after Leclaire and Norrena, who knew they could rely on clutch goal-tending?

Before we have another 5-game losing streak like last February, here are some general areas that I think we need to (re)focus on =

Is that too much to ask?

The Sharks head to Boston for a potential prelude to the Cup Finals a really important matchup of conference heads.  Mark yer calendars.