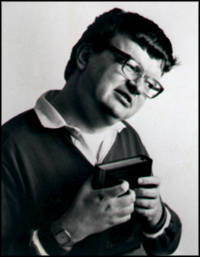 Kim Peek's knowledge is greater than yours [link]

1) Which San Jose Shark player recently said, "They don't have the respect or the know-how to treat the sport - even Sidney Crosby. You see him [expletive], whining and crying. He's supposed to be the poster boy of our league and yet every time he gets hit, he's grimacing and complaining to the referees. Veterans teach the kids the right way to play."

2) Which hockey league did Claude Lemieux play in immediately before coming to Worcoster, and what country was that team based?

3) Which San Jose Shark holds the franchise record for most penalty minutes in a single season and how many did he have?