Usually our Sharktistical Analysis pieces deal directly with the Sharks play on the ice- even strength totals, production of players involved in trades etc. However, as some of us have noted before, the work we do as fans before and during games can have a huge affect in the wins and loss column.

Throughout this season yours truly has chronicled personal consumption of certain beverages* during the course of Sharks games, all in an attempt to find out what works and what doesn't before we hit playoff time. Much like the actual players on the ice, the work done on the couch is long and grueling- a marathon if you will. Hell, after a few too many Cosmopolitan's (er, glasses of Kettle One on the rocks) it gets tough to run those aforementioned marathons, or even remember to show up. Oh, and since I know you're reading this mom- the amount of drinks consumed is usually light, and kept to one per game.

Join us after the jump at a place where everybody knows your name**.

* For all you folks who are not yet of age, Henry Weinhard's root beer is a great substitute. Remember that one time we got all hopped up on taffy and pop and played Tetris till 10:30 at night? Oh the memories!

** Have you heard the full lyrics to the Cheers theme song? Husbands wanting to turn into girls, hanging up cats by their tails- it's actually pretty depressing stuff. 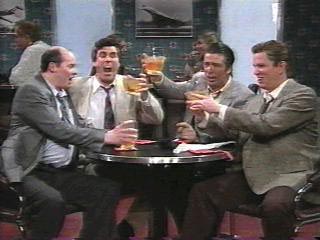 "Bill Brasky once wrote one blog post in one day! Well, he was pretty normal when it came to that. To Bill Brasky!" 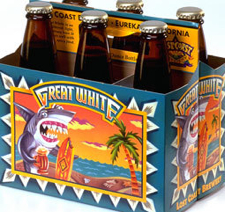 Synopsis: Besides the beer's obvious tie in with the Sharks, Great White has become a power play behemoth, cashing in at an unworldly clip of 40%. A definite slump buster to say the least, it should be seeing a start very soon considering San Jose's current power play woes.

Is The Glass Half Full or Half Empty: Half full. A proven performer with the man advantage, it's safe to say this beer has got some bite. 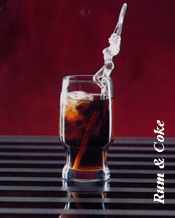 Synopsis: Besides being one of my favorite breakfast beverages, the classic R&C has proved to be a strong, reliable partner when looking for wins. While it doesn't tend to blow teams out, a great penalty kill gets the job done. Look for this bad boy to play a huge role from April till June.

Is The Glass Half Full or Half Empty: Completely empty, but that's only because I couldn't resist. 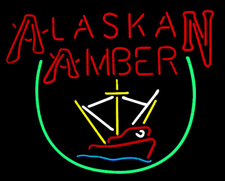 Synopsis: Anytime you have an undefeated beer this late in the year, it's safe to say you might have something special going on. Unfortunately, the record may be a little misleading, as half the wins came against Loss Angeles. A few more tests down the stretch will tell us if we've got a case of easy competition or an ale that just won't fail.

Is The Glass Half Full or Half Empty: Half full. The fact that Alaskan is also served at The Tank may be a clear correlation with it's success.

Synopsis: Another solid contributor to the Sharks current record, Mississippi Mud saw a lot of action in the early part of the 2009 calendar year. He's not going to blow anybody out, but for a cheap price of $2.50 for 32 ounces, this third line grinder provides a lot of bang for the buck.

Is The Glass Half Full or Half Empty: Half full. Undefeated against Vancouver, the Mississippi may be flowing in the state of California if the situation presents itself during May. 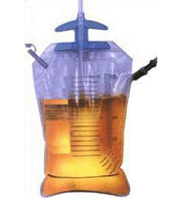 Synopsis: The old adage, "You only get what you put into it" seems to be applicable here.

Is The Glass Half Full or Half Empty: Half empty. Current economic situation be damned, this one won't be seeing any starts in the foreseeable future. 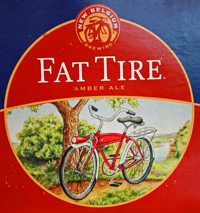 Notable Game(s): 6-0 Shellacking at the hands of Detroit.

Synopsis: Fat Tire's performance this season has been lackluster, and frankly quite disappointing. A possible explanation could be due to the quadruple overtime loss at the hands of the Dallas Stars in last year's playoff run. For the sake of time, here's the full story:

In fact, I remember going to the liquor store down the street for refreshments before Joe Pavs game five winner against Dallas (at intermission, it’s like a two minute bike ride there and back). In game six when it went to OT we went to the same store after regulation, entered the doors at the same time, bought the same beer, paid with the same card, parked our bikes in the same spot, and entered my house in the same order.

Only thing that screwed us was the cashier was a different guy. Otherwise I’m convinced we would have won that series.

Is The Glass Half Full or Half Empty: Half empty. Could the ol' tires be flat after a gut-wrenching overtime loss? 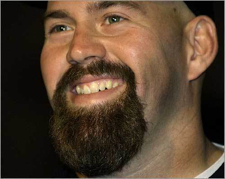 Notable Game(s): 2-1 win against Pittsburgh in Hacksaw's first game against his former team.

Synopsis: Undefeated up to this point, Sam Adams may be in the same position as Alaskan Amber- the level of competition has been limper than the wrist of Clay Aiken. Once again though, 5-0-0 does speak for itself despite a horrendous power play.

Is The Glass Half Full or Half Empty: Half full. Common knowledge also says that Bob Cannon's year round playoff beard may be the ticket we need. Wait, what's that you call it? Oh yeah, that's right. It's a wildcard bitches! 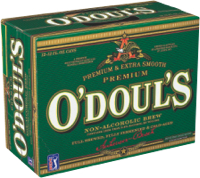 And you thought your existence was futile

Synopsis: Funny story about O'Douls. My freshman year high school baseball coach played ball in college, and during an intersquad game made a bet with the opposing team- loser buys a keg for the winner. Lo and behold his team ended up on the short end of the score. Instead of fulfilling his obligation honorably, he decided to have some fun and purchased a keg of O'Doul's for the other guys. At the party that night they brought video cameras and taped everyone acting like they were under the influence. Since this is a family blog I won't go into any particulars- let's just say some teammates had a lot of explaining to do in the morning.

Is The Glass Half Full or Half Empty: Half empty. This glass won't be seeing a lick of playing time in about a month. 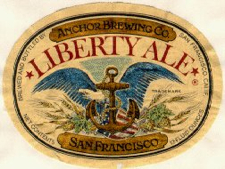 Synopsis: Undefeated in regulation, all of Liberty Ale's starts have come at home against possible playoff opponents. I'm loathe to do anything different- could this be the Judy Garland of booze?

Is The Glass Half Full or Half Empty: Half full. On a side note, freedom also kicks ass.

Synopsis: Although this was my first legal beer (in a London airport at the ripe age of 19), the luck of the Irish seems to have eluded San Jose this season. Whether it's the departure of Brian Campbell (is he of Irish descent?) or the fact that I'm notoriously cruel to leprechauns, Guinness hasn't delivered.

Is The Glass Half Full or Half Empty: Half empty. Doubtful this sees any sort of play time going forward. 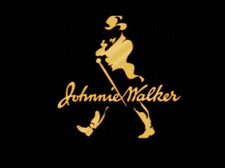 Is The Glass Half Full or Half Empty: Half full.

This list seems to break it down fairly well, and as of this moment I'm comfortable with starting the top seven during the playoffs. It seems that Fat Tire's confidence is at an all time low, but could theoretically still make an appearance. However, this would only be in a specific situation (game five against Dallas at home).

The foot soldiers (3-7) are a strong bunch, and while Alaskan Amber and Johnnie Walker are very imposing, they will be used sparingly. Series clinchers or elimination games are the moments Mr. Walker lives for.