The Skinny: Coming into the deadline, we knew Doug Wilson didn't have much cap space to work with, and didn't want to give up too much in terms of current roster players. He was looking for depth.

That's about all Moen gives us. He was part of the checking line that took the Ducks to the Cup in 2007, and scored the game winning goal against the Sens in game five. He's going to bring heart, experience, a Cup ring, and work ethic to the table, as well as provide another body to help the Sharks fight through injuries down the tail end of this season.

As for Huskins, you can't have enough depth at defense down the stretch run. From recent memory, look at Brad Stuart's move to the Wings at the deadline last season. It gives the Sharks yet another guy in the locker room who has won a Cup (bringing the total to six), and allows Alexei Semenov to potentially get more stints at forward on a checking line role until Grier, Roenick, Goc etc. return.

What We Gave Up: Nick Bonino, Timo Pielmeier, and a conditional pick.

Why Does It Matter: Apparently, it all comes down to experience during the playoffs this year for San Jose. While these two guys aren't gamebreakers, they do provide depth. Earl Sleek may pop by later today and give us a better view of their play this year. 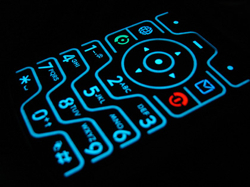 Text From My Buddy Joe (Ducks fan): "I hope u enjoy moen n huskins. Moen is a solid third line checker n huskins is a good puck moving defensemen except he gets laid out a lot cause he skates with his head down but overall imma pack my bags cause our gm basically said fuk playoffs."

Final Read: Sharks added sandpaper. We've looked at what they could have done over the deadline during the last week, and there wasn't any viable moves that could have been made.

Hindsight is twenty-twenty, and if the Sharks don't manage to make a deep run in the playoffs many people will label DW's deadline activity a failure. "We didn't get a third line scorer, we didn't add enough pop." Hogwash I say. This team is deep and poised to make a run. Any perceived troubles with the Sharks current play are valid, but adding a big name player was not in the cards for many reasons.

It's all up to the leaders now. Let's enjoy the ride.