[Editor's Note]: Remember your SPG Picks for a chance to win a Sharks Banner courtesy of Carrol's Cove. Also, Nucks Misconduct has a comforting statistic on the teams previous meetings, but I'm not taking too much stock into it right now. 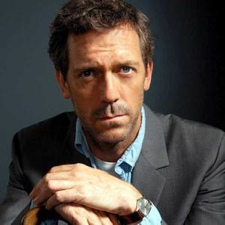 The Sharks are saying that whatever part of his lower body Evgeni Nabokov tweaked, it’s not a big deal. Coach Todd McLellan expects him to be back practicing on Monday and GM Doug Wilson says he should be in the starting lineup Tuesday unless there’s some sort of unforeseen setback.

Claude Lemieux, on the other hand, is expected to be out for an extended period of time. Judging by the protective gear on his helmet at practice today, the upper-body part in need of healing is his jaw. So for those keeping track at home, that makes three players — Lemieux, Jeremy Roenick and Mike Grier — who won’t be back for a while.

Wilson said Marcel Goc should be back next week, and Torrey Mitchell skating with his teammates within the next two weeks.

None of the injured players accompanied the team to Vancouver, by the way.

Jump city- this could take awhile.

1) Brian Boucher. My love affair with you hasn't come to an end, but blooper film producers across the nation loved what you gave them Thursday night. It's inexcusable and you know that. Life moves on.

In Montreal you seemed to be channeling a part of you we have never seen- overreading the play, overreacting to the puck, overplaying your position. And what happened to your rebound control? You used to be a black hole for the puck, sucking in shots from a wide variety of angles. Now you're kicking em' out to the low slot with a 2007 Marc-Andre Fleury esque vigor. Cease and desist for the love of all things teal.

2) HP Pavilion Staff. Having the heat cranked up in the building to about 80 degrees doesn't help the team, it hinders them. The ice is notoriously terrible at The Tank, and yes both teams have to deal with the same conditions. Here's the thing though- the Sharks are a fast team, one of the fastest in the league. Playing on a damn near swamp only levels the playing field.

3) Jonathan Cheechoo. Now I know you're probably the easiest guy to rag on, and I carry a sort of half sorry not really though guilt about getting on your case. Your shot selection is flipping atrocious. Next time I see you whip the puck at the net from the sideboards when the Sharks are holding the zone is the day I remove the picture of you with the Rocket Richard trophy off my refreshing desktop page. Fight to the front of the net and do what you do best- post up and rip one timers. I appreciate the contribution on the forecheck and the heart you show night in night out, but work in between the circles. With Goc out you're the only way that third line is going to scare people offensively, because as jacked as I am to see Moen tonight, he doesn't exactly scream "goal-scorer."

4) Offensive attack. Hey Cheech, my apologies man. Turns out you're not the only one firing off shots to the tune of Bon Jovi's Living On A Prayer. The whole team is doing it. I can't tell you the last time we scored from the blueline off the rush, and I'd be hard pressed to find the last time we potted one off a rebound from said shot. In fact, it generates more scoring opportunities for teams because their forwards aren't as committed to the backcheck. Hell, why would they be? If they know one of those rink a dink shots is going to result in a quick transition towards the San Jose end, then feel free.

5) Whack A Mole. Was browsing the comments the night after San Jose's Wild fiasco, and one stuck with me, and damn near kept me up till this post. "They dont have any slaphappy ape-shit players that will just whack and whack and whack until it pops in" (denverdiaspora). Boom. I'd disagree slightly and say Clowe and Pavelski are a couple of those guys, but they are the only ones. Regardless of any particulars, it's true as hell.

6) Strong With The Stick. This ties in directly to number five, and I know we've chronicled the hell out of it this season. The Sharks need to be stronger with the stick in front of the net. When there's a loose rebound floating around in the crease I am confident that a defenseman will get to that puck first. If that rebound finds it's way on a San Jose stick I am confident his stick will be rendered utterly useless by a strong play by an the opposition's defensemen. Either that or our guy won't fully commit to the puck, lean into his shot, and attempt to elevate- no, we're content with sending a Maury Ballstein trickler into a goalies pads. May have worked in '84, but everyone's using the butterfly today boys. It's all about work ethic here, and let me tell you, that is the same kind of shit that has lost playoff series in the past three years. Fix it.

7) Shutting it down the shift after a goal. This one wasn't a problem against Minnesota, but one game doesn't make me feel any better about things. The Sharks need to regroup after they score, because teams have been absolutely crushing them two-three shifts afterwards. Momentum changes, Sharks go into a shell, bottles thrown through windows, cops are called, record gets checked, lawyers get involved, money is lost, incarceration ensues, Squirrel Master leaves after eleven days, and I have trouble sitting down comfortably.

8) Joe Thornton. Ah, Big Joe. I flipping love you man, but holy shit come on. Let's take a look at what you said after the Montreal game:

"We're just a good team. We're fast, we're strong, we're big. A lot of teams just don't know how to play us and really can't handle us. I think you saw that for 40 minutes. They just had really no clue how to stop us, but I think their goalie played well. We're just big and strong."

Joe- you guys just lost the game. I'm digging the confidence man, I really am. But this occurred with 20 games left in the season, at the end of a month where the Sharks played their absolute worst hockey all year, fighting for a President's Trophy, the first seed in the West..... do I really need to remind you about how important that first seed is? Not counting my chickens here, because it seems like most of those little chickens have come home to roost, but they don't call it "The Joe" because you play great hockey there. Good Lord.

I need more out of you man, I really do. You've been better this year at driving the net and shooting more, but just saying, "big and strong" doesn't mean it materializes on the ice. If they had no clue how to stop you, how come the team only potted two goals? The opportunities were there, the rebounds were lying around in the slot. A team that's so big and strong should muscle up and bang those home.

At one point I want you to say, "Hop on my back boys." Hell, I don't even need you to say it (because I wouldn't even hear it), I want you to show it. Show me that killer instinct man. Angry Joe needs to come back. I don't want fisticuffs from you, but damn do I want to see some soul.

9) Oh Captain My Captain. If there's one player wearing teal that I know will turn it on one month from now, it is you Mr. Marleau. Don't get me wrong here- this is only directed at you because you can jumpstart these guys by example and help us get some momentum rolling by the time April comes around.

Frankly, it's been awhile since I've been absolutely impressed by you. I'm going to have to go with fifteen or so games. Yeah you had that point streak during the road trip from hell, but that was more of a product of being in the right place at the right time.

I can't even really put my finger on it to be honest, so maybe this is a classic case of blaming the guy who's wearing the "C". It's not like you've even been bad- it's just that you could be a whole lot better. That goes for the whole first line.

10) Joe Pavelski. Who am I kidding man, you've been kicking ass and taking names, along with that entire second line. Thanks for keeping me away from rusty steel razors.

11) Todd McLellan. You've gotten a free pass since you got here, but today is the day that ends. You need to bag skate these guys at one point, preferably now. I understand it's not your philosophy, that your old mentor Mike Babcock has never believed in it.

But from a guy who knows these Sharks fairly well, here's a warning. They're not cut from the same cloth as the Detroit Red Wings.

What you have here in San Jose is a team that is loaded with talent, but has had trouble harnessing that talent for prolonged periods of time after April. Ron Wilson was a prototypical hardass, so maybe that's part of your philosophy. Stay away from something that didn't work in the past, roll out with something completely new. Cool by me man, but the fact is you don't have the leadership in the locker room Detroit has. Rob Blake is not Nick Lidstrom. Joe Thornton is not Pavel Datsyuk. As sad as it is to admit, it's true.

What you had in Detroit was (and is) a team that is bound by tradition. Rob Blake is a hired gun for a season; he hasn't played his entire career with the franchise. Both Datsyuk and Lidstrom played with arguably the greatest Captain in the history of the NHL, Steve Yzerman. All three of these players are committed to the franchise not just because they're receiving a paycheck once a month, but because they were drafted and groomed by some of the best minds in hockey today.

I'm not pinning this all on you Mr. McLellan- you were right when you said on KNBR this past week that it's up to the players to lead. But at one point you need to show that the type of effort rolled out against Minnesota for the last half of the hockey game (including the first five minutes of the second) cannot be tolerated. You don't put on the skates, but you're a big part in how they lace em up*.

* That's either brilliant or moronic.

12) Heart, grit, blah blah blah. Dallas was the straw that broke the camel's back, Minnesota was the moment in that situation where you go and try to help the camel, only to have that damn thing self-combust into a flaming spectacle of guts and tears except there's no guts in the camel and only tears.

I'm so sick of this getting brought up year after year. I really really am. Please prove to me why we won't have to bring it up once again.

14) The Defensemen Part Two. Remember earlier in the year when we were all raving about shots hitting the net from the point? By God weren't we a happy bunch- au revoir Ron Wilson, McLellan has cured us of the ills of yore!

I'd be lying if I said tonight wasn't one of the biggest games left on the regular season schedule. The Nucks are hot, the Sharks are most definitely not. We need this win bad.

Someone step up tonight.