Times have been rough around Fear The Fin- Sharks stink, we're not making the playoffs, blah blah blah. The only positive I can garner from the team's current play is the fact that Daylight Savings means more sunlight, and more sunlight means more time to harvest crops. The toils of winter have their hold no longer, for a bountiful harvest is upon us now. Right? 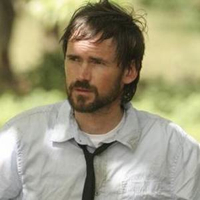 Yes, but it should be noted that's only in theory.....

These are people very much akin to you and I- men and women from across this great nation, hungry for knowledge and wisdom; actively seeking enlightenment, they plunder search engines from across the land (most notably those found in Mountain View), eventually coming to find this fertile oasis we call home.

Google calls them "users". We like to call them "Googlidiots."

Over the last three days I've been tracking some search words that have brought people to Fear The Fin, not because it's productive or anything, but because I have nothing productive to offer society. But let's be clear about one thing- this won't make the loss last night dissipate completely. At the very least however, it puts our worries in perspective.

When the Sharks aren't bustin' balls we gotta do it ourselves.

Now this cat could probably still be hanging out here; hell, he or she could even be a current commentor. Cheers if you're out there friend- you will be my internet friend right? 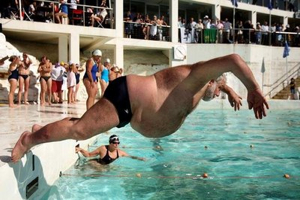 No time for friends, I've got empires to crumble

Alright man, whatever I'm over it anyways. Regardless, I think it's safe to say the search term that brought you here has probably been returning pictures of turds the last week or so. Which brings us to our next contestant.....

Hell, we love this guy. His interest in feces consumption does warrant a red flag however.

Anyone who caps the words "AWESOMENESS RIFLES!" and goes hunting for pictures on the internet has some severe issues- issues we're going to refrain from going into detail about due to the nature of the individual. I'm sure you understand.

At least the Joe Pavelski Rambo chop is getting some love.

We're assuming this is a male, unless some of you ladies swing that way, which is completely fine by us. The first guy is understandable I guess; Montreal is bound to have some good looking women, and everyone knows that combing the internet for pictures of said women is a sure-fire way to get a date with the ladies. 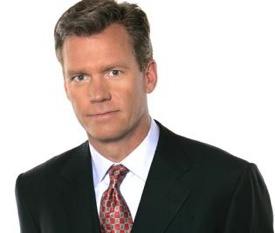 The second dude? I don't know exactly what Mr. Ovechkin fears, but I'm sure he cringes at the thought of bad grammer. Sorry to disappoint butt ewe won't fined that hear.

Ah, but I can tell you what he's not scared of- rabbits. Oh and Ovy? Better make sure that bunny is old enough to venture out into the carrot patch by herself, because Chris Hansen over here sure is giving me an awfully weird look.

Lemme tell ya one thing- if your "gut reaction" was to click on that FTF link, I'm sure the picture you saw immediately afterwards clears up any outstanding questions about the pros and cons of gut reactions once and for all. 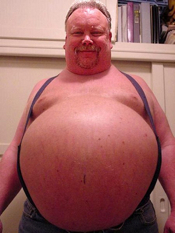 If you're attempting to get tips from us on how to run an online business then you're probably mixing hydrochloric acid and batteries together in your kitchen right now. If so, welcome you'll fit right in. Just make sure to open a window before reading on.

Hopefully the dude (it's probably a guy only because I don't know too many females who have ran a successful business on their own*) was dumb enough to purchase one of these FTF thongs. Actually, scratch that- we don't want him wearing one of those. Unless he bought three of them. Cause that could actually turn a decent profit.....

*"Negative sir. The gum on Oprah's shoe will be worth more than all of your current and future income combined."

"Touche inner monologue. Can I get you anything considering you have made me a better person, or should I say, us better people? Is that even how it works? You're not a different entity like Jiminy Cricket was for Pinocchio, so I'm still unsure which tense I should refer to you in. First person plural or singular? Possibly the second or third? Maybe that's why I have such archaic views of the opposite sex. I'm always oh so confused after speaking with you."

"Let it be known that your penchant for engaging in unnecessarily long diatribes is not a positive character trait and will lead to a dark and desolate future. Get us a shower, some life goals, and a date. Then we'll talk."

"Hmmm. On second thought maybe you don't have the most logical of answers. I don't think I can really fulfill any of those on a consistent basis."

"A Mats Sundin vibe of indecision permeates the entirety of your feeble existence, radiating like the urine of a Chernobyl cow. Let's just wrap up this oh so cute Clutterbuck of inadequacy and get on with the post."

Sort of laughed when I saw this one (how can one be keeping tabs on guys when you're stuck in front of the computer?), but then I realized- it's what this site is based on.

Our obsession with middle aged men is actually sort of unhealthy.

I'm not sure why this person fears his birthday, but those candles can be dangerous, no? Pyrophobia is the most likely of explanations, which is completely understandable if they saw the deals Daryl Sutter made at the deadline. Either that or he/she is pushing sixty*.

And since we're busting balls here, we gotta say it- who writes a post that starts off with "Happy Birthday To Me"? I love you K (in a totally heterosexual I've never actually met you in real life sort of way), but that's some hack journalism if I've ever seen any. If you're going to scream for attention I'm sure you could find a blog with a little more clout man.

Then again, I've never actually read my own posts (nor do I suggest any of you engage in that activity either). This probably explains the second to last sentence in the paragraph found above the location in which your eyes currently reside.

I can't figure this one out for the life of me.

So there you have it- Google search terms in the last few days that have inexplicably directed users to your beloved Fear The Fin. If the Sharks don't pick things up soon we just may have to start doing these on gamedays.

And as an aside? Don't be surprised if a post in the near future has a funky title with even more inane banter in the body text than you're already used to. Hell, let's just get this started shall we?