Playoff Pick Em!: Where Picking Teams Is Better Than Picking Your Nose

Share All sharing options for: Playoff Pick Em!: Where Picking Teams Is Better Than Picking Your Nose

Welcome one, welcome all to the 2009 Playoff Pick Em! Your host tonight will be a good friend of mine. Please welcome the esteemed, and oh so very lonely, Reginald Dustyballs. 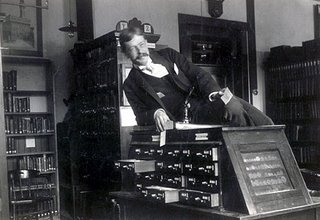 "Cheerio, bitches! It's Reginald Dustyballs here to inform you on how to make your fatuous playoff predictions. For those of you clots who weren't around last year, things will be much like the 2008 edition on We Bleed Teal with a minor caveat thrown in. What's that you nefarious sea cretins? You didn't have access to Al Gore "back in the dizzay"? Oh very well. I've been drinking cup after cup of Earl Grey with a tad bit of spirits mixed in to keep things interesting- now is a good enough of time as any to be slinging the hook."

"The protocol is rather simple really- predict the outcome of the series, and your total score is the sum of the differences. For example, say you're bright minded and decide to choose the Sharks to beat the Quackers in a clean sweep four-nil. If the series ends up going that way, you receive a zero. If Rogaine & Co. manage to nab two wins in the series, you would receive a two. If bloody London crumbles and the Ducks win in the seventh game? Your score would be five- one for predicting the wrong number of Sharks wins (4-3=1) and four for predicting the wrong number of Ducks wins (4-0=4). It's not too difficult, but if you lot have any questions direct them towards fearthefin@gmail.com. Wouldn't want to look like a plonker in front of your mates.

A minor addition we have made for the first round this season will be "The Upset Special." No, we're not talking about that time you ate some bad crumpets and were bent over the loo for a week and a half. Those days made the Dark Ages look like the goddamn county fair. Alas, I digress.

The Upset Special will be a series which would be considered surprising on a number of levels. Pick the lower seeded team and you receive a zero for your troubles, regardless of the number of games it goes. If the higher seeded team wins however, you will have five points to your total. Detroit-Columbus and Boston-Montreal are this year's Upset Special. Make sure to define it as "Upset Special" next to your prediction- if you're picking a lower seed but don't want to risk the points, feel free to state it as a normal prediction.

The lowest score at the end of the playoffs wins.

Frankly, to ask Plank to provide his picks would be an exercise in futility. Just because he'll probably get them all correct doesn't make him Ben-fucking-Franklin for Christ's sake. It really bunches up my britches to think of where this prat gets off taking Maggie The Monkey's hard work, presenting it as his own, and then claiming credit for it. If you ask me, the bastard looks to be fancying a blow to the bollocks. But never mind it lads. I've only achieved my Masters Degree in Law at the University of London so what would an unassuming chap such as myself know? I'm sure all of you blokes and birds can smell the sarcasm emenating from that sentence, like a carriage filled to the brim with elephant feces picking up homeless degenerates on a sticky summer day in jolly ol' London. Boy do I ever miss 1931.

Have fun and be safe. Or don't. It really doesn't matter to me either way. Dustyballs, out."

San Jose vs. Anaheim: This is going to come down to the third line's ability to shut down Rogaine and friends. I like our chances. Sharks in six.

Detroit vs. Columbus: It's hard to bet against Ken Hitchcock, but it's even harder to bet against Datsyuk and the Wings. Nash doesn't have enough support to make Detroit's goaltending an issue- Mason's been great, but stealing four games isn't going to happen. He'll be lucky to get two. Wings in five.

Vancouver vs. St. Louis: Blues are hot and Lu is one of the best in the biz. Even The Neverending Story had to end sometime, but we'll save that for next round. Blues in six.

Chicago vs. Calgary: Calgary is hurting, Chicago handled the Flames the entire season. Will be interesting to see Kane & Toews perform in the Saddledome, but with home ice it may become a non-factor. Hawks in six.

Boston vs. Montreal: This is going to be a massacre. If you're picking the Upset Special, good freaking luck. Bruins in five.

New Jersey vs. Carolina: Brodeur lost the magic in last year's playoffs and has been shaky down the stretch. I smell trouble. Canes in seven.

Pittsburgh vs. Philadelphia: Pittsburgh just might be making a second-straight run to the Finals. It starts here. Pens in six.

Good luck folks. The winner gets $20 to the FTF store and a possible prize to be announced later. Still working on the schematics for that.