In roughly twenty four hours we will embark on a journey that will test the very fiber of our existence.

Encompassing sixteen radically different groups of human beings, the playoffs unite us all in a common interest. Bit by bit, that group is torn limb from limb. Hearts bleed. Souls wither. Monuments fall.

It is by far the best time to be alive.

And if you have forgotten what brought us to this point, it's time for a brief refresher. 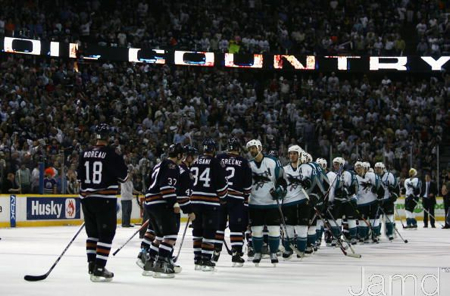 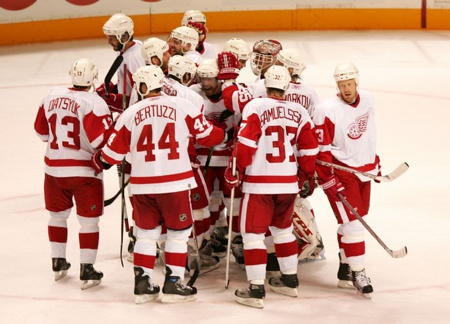 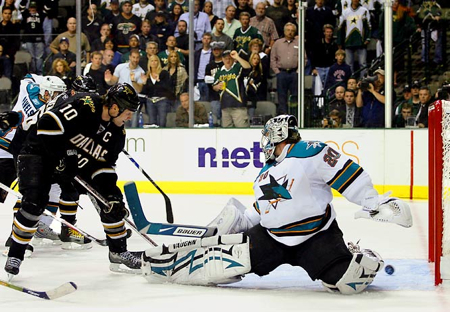 We're an amicable lot, us Sharks fans. We make light of the fact that the second round has been overrated. All season we put up with message board filth who believe that, "Sharks can't win in the playoffs!" is a creative (let alone original) idea to expel from their orifices. All season we endure chants of "Big Joe is a choker!" and "Sharks are soft!", one-liners that lack the tact to warrant any sort of consideration from this moment forward.

The Stanley Cup Playoffs aren't a sporting event. They are a lifestyle. Jobs, even in this tumultuous economic environment, will be sacrificed. Playoffs over paychecks. Classes will be missed, significant others put on the backburner, social lives reduced to rubble in our perpetual hermitude.

It's a socio and psychological war. A hotbed of malice and malnutrition. A war which will be fought coast to coast amongst the masses, with countless casualties littering the landscape. A tide of emotion that harbors no qualms in capsizing even the swiftest and stoutest of vessels.

We must be strong and steadfast. We mustn't waver. We must pledge our allegiance not to the stars, nor to the spoils, nor to the sweet nectar of glory. To do so would be ill advised, a mockery of the sweat and blood the warriors, our warriors, have shed since May 4th of 2008.

We will live and die game by game. Hit by hit. Goal by goal, shift by shift. We will live and die, not as a group of individuals, but as one iron-clad entity; an entity that will see great things, tragic things, moments that deserve much more than a synthesization of rational thoughts.

These moments will define us.

So take a minute and let all the snapshots of past playoff travesty encompass your entire being. Allow the poison to run rampant throughout your veins, the hollow memories of hope and faith to tumble from the sky one final time. Realize that in twenty four hours, all of this means absolutely nothing.

The eve of war is upon us.

The guns are steadied, muskets drawn.

From this moment onward, it is not the second round that is overrated- it's the motherfucking past that is.

God Save Us All.