There's nothing like a complete ass whooping to put things back into perspective, is there?

On Friday, Plank and I were asking each-other: What's better? To sweep Anaheim and all but surely knock them out of the playoffs, or lose both games and hope for the Ducks to grab the seventh or eighth seed? We couldn't decide. As Plank brought up in last night's GDT, he asked Mike Chen too. They couldn't come to a consensus, either.

Well, the Sharks decided for us... and sweeping Anaheim is out.

However, even though I contemplated the benefits of dropping both games before last night's tilt, I don't think I could find any sort of joy in a Sharks loss tomorrow. The Ducks can still grab a playoff spot if San Jose beat them tomorrow... and now I sure as hell don't want to see the Sharks help Anaheim in. I don't want to see the Ducks team I saw pound the Sharks into putty last night. I was legitimately scared watching that game.

I would have been O.K. with a loss. A 3-2 loss. A 5-4 OT loss. Hell, even a shootout loss would have felt pretty decent. What I didn't expect was for the Quackers to take the Sharks behind the shed and wail on them with a well loved leather belt. 'Twas a complete and utter beat down.

I know Marleau is out. I know the Sharks have a six point lead on Detroit with 4 games to play (Detroit has 1 game in hand, Boston has 112 points and 4 games left) and are getting a little complacent.  But they need to sack up, right now. If San Jose loses to Anaheim tomorrow, and ends up facing them in the playoffs, the Ducks will have a confidence that they shouldn't. That's dangerous.

However, I'll provide a little mojo anyways... just in case. 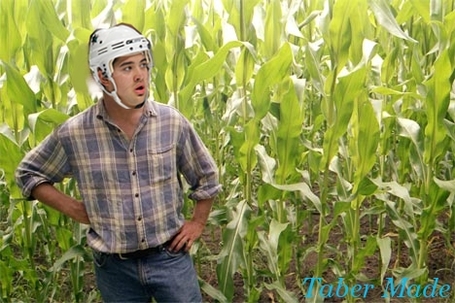 Prediction: Sharks win 3-2 with goals by Taber's Favorite Son (x2) and Tomas Plihal (on the correct net this time). Getzlaf puts his Joe Thornton impression on the shelf for now.