Share All sharing options for: Jimmy Crack Corn And I Don't Care 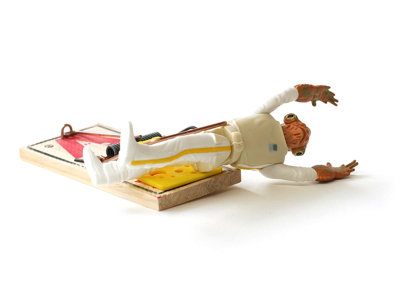 Unrelated, or a homage to Richards going to the Wild. You decide.

Howdy folks. Been awhile since I've been on the Front Page (is that a proper noun? I have no idea). At any rate, I was snaking my way through a second playthrough of Mass Effect today and realized that just because I was taking it easy after final exams there was no reason to avoid FTF like the Bubonic plague. Not that anyone really missed me or anything, but if you did, take solace in the fact I didn't pull an Earl Sleek. Has anyone sent out an Amber Alert at the BOC yet?

With re-introductions out of the way, I would like to start this off with the most diluted metaphor in the history of FTF. I'm sure most of you are at least somewhat familiar with the current political situation going on in Iran- Slate has had some good articles over the last few days on the situation if you're looking for more (those are three of my favorites). When I first saw what had happened, I immediately applied it to the San Jose Sharks because that's just what I do. Imagine a nation looking for a leader to take them into a new age of success (Iran, San Jose). This nation has had trouble establishing themselves on the national stage for awhile now, and are only able to generate headlines when they fuck up big time (denying the Holocaust and attempting to go nuclear, saying "wait for the playoffs" and bombing out in the first round). The people of this nation are divided and some are looking for change (electing a new President, electing a new Captain). However, the only people who know exactly what happened and have the best knowledge to make a decision are those that counted the votes (Guardian Council, players in the locker room).

Basically, what I'm reinforcing is that we need not worry about the Captaincy. It's out of our hands.

Jumping around here, who here plays NHL 09 on XBOX Live? I came up with a great idea for this summer about four months ago when I was downtown clubbin', and here it is. Sixteen readers (yours truly included) in a playoff style format- best of seven series, winner takes home the inaugural FTF Cup. It's a real trophy too. Due to my clout in the international blogging community, the CHL was kind enough to donate the top half of their Memorial Cup to us. Pretty sweet huh?

Just floating the idea out there. The specifics are pretty cloudy at this point, but here are some general ideas- seeding would be done by your online ranked multiplayer record, the individual series would last roughly two weeks, and teams would be determined by seeding as well- therefore, the best player would get the first choice and the worst player would get the last. Sounds pretty cool right? Let us know in the comments if you're interested and we'll hammer all the details out.

Random plugs- started a new blog with my buddies called Immortal Toast. We'll be covering non-sports stuff, but feel free to check that when you get the chance. I don't think we have anything up there right now, but whatevs.

As for RFA & UFA of The Day's, we've got a jam packed weekend for you so be sure to chime in. Clowe, Goc, and Plihal will be hitting your web browsers in the next seventy two hours! Huzzah! Also, congratulations for sitting through a pretty inebriated post. Apologies to yo muva.