Predictions For The NHL Draft

Share All sharing options for: Predictions For The NHL Draft 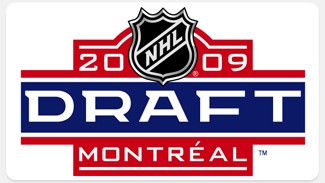 Montreal- "Obviously the world revolves around us"

1) Jonathan Cheechoo gets traded. We've been saying this all year long, and draft day is the logical place for Wilson will make his move. The reasons for doing this are purely economical- with the salary cap situation in San Jose, payroll needs to be shed. A three million dollar per year contract on the third line makes any hope for improvements this offseason and next a lot harder to come by.

A former Rocket Richard winner can get a decent haul even with declining numbers, and his contract is definitely affordable. Getting a serviceable roster player in San Jose would be a bonus, but with Jamie McGinn the likely solution to take Cheechoo's role on the team, it's unlikely that happens. Wilson will attempt to replenish the coffers after making multiple "buy" deals over the last three seasons- a second or third round pick (with a possible mid-level prospect thrown in) will be the return.

2) Jeremy Roenick heads to the podium immediately after Tavares is drafted to declare he will be playing in San Jose next season. "This Tavares kid's got a bright future but JR's back, JR's freaking back baby!"

3) The Sharks will not draft in the first round for the second straight season. Roughly one month ago Mark Purdy of the San Jose Mercury News speculated that Doug Wilson would go after a first round draft pick in Montreal. On our end of the spectrum, we proposed that Thornton, Marleau, Boyle, and Nabokov would be the players who could achieve this in a non-package deal.

Patrick Marleau and Evgeni Nabokov are the two names who would likely be moved- the fanbase has grown cold on Patty's role as Captain during the playoffs despite the fact he has consistently been the best postseason performer every year since the lockout. Trading him at this juncture would yield a high return and make next offseason's decisions easier when he, Setoguchi, Pavelski, and Nabokov will be up for free agency. However, Marleau's NTC and poor performance in the 2007-2008 regular season with trade rumors at a fevered pitch makes it unlikely Wilson has even asked him for a list of potential teams he would be willing to play for. If this conversation has happened, the hope would be it took place immediately after the first round loss to the Ducks, with multiple players being asked the same question as to avoid singling out the Captain. At the end of the day, Marleau's two way skills and lofty point totals will prove to be too much for Wilson to part with.

Evgeni Nabokov also poses an interesting possibility for a team on the brink of contention that is looking for a goaltender. Although he posted an unsatisfactory sub .890 SV% during the playoffs, history has proven goaltenders going into a contract year tend to rise above their career average. Along with his NTC, Wilson will decide against moving the goaltender at the draft due to the fact San Jose's goaltending prospects, while promising, are not ready to shoulder a 60 game NHL workload. A first round draft pick will not change that fact.

4) Montreal is razed to the ground. That joke has really lost it's fire. No more references to the first round riots of 08, I promise.

5) Wilson comes close to dealing Michalek or Ehrhoff, but decides to wait it out until after July 1st. Although the return would likely be a pick and a serviceable NHL player, Wilson will be content with Cheechoo's draft pick and stand pat. Opposing GM's will be intrigued by the skill, potential, and age of both of these players however- by laying the groundwork in Montreal, Wilson sets the stage for a Dan Boyle-esque move in early July and incites a bidding war for their rights.