UFA of the Day: Brian Boucher

Share All sharing options for: UFA of the Day: Brian Boucher 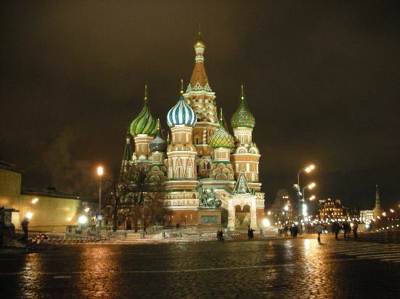 Brian Boucher has put up very good numbers over the course of his last two seasons with San Jose, and has garnered a pretty nice following of fans here at FTF. That fact probably has little correlation with him re-signing this offseason, but if you're reading Mr. Boucher, I hope you got my letter.

As for his play throughout the year, not much has to be said- he was lights out in November when Nabokov went down during a shootout against St. Louis. Chicago and Montreal were some poor performances that stand out in immediate memory, but for the most part he was a more than capable backup goaltender.

That, however, is the kicker when it comes to Boucher. Backup goaltender. It's very unlikely he will have any opportunity to wrangle the starting position away from Nabokov next season, even though his numbers may be better (as they were this season).

Looking at the goaltender market this offseason, there's not an exorbitant amount of value for teams to snatch up. While I'm not saying Boucher is the cream of the crop, he's definitely in the same skill range as a lot of those players once you get past Khabibulin, Fernandez, and Biron. This makes me a little wary to assume Boucher would re-up at last year's contract for a couple reasons:

1) He has established himself as a serviceable goaltender. Obviously playing in San Jose has benefited his numbers, but the .917 SV% he posted this season would put him in the top ten league-wide if he had played enough games. There is much debate on the merits of goaltending statistics the NHL uses (Brodeur Is A Fraud is an excellent site*), but save percentage is a fine one considering it's less likely to account for the strength of the team. At any rate, it is likely Boucher has caught the eye of a number of GM's looking for a quality backup.

2) Cash rules everything around me. At this point in Boucher's career, he's nearing the point where it's likely this next contract will be a last opportunity to cash in on a multi-year deal. His career statistics (as Valentine mentioned) are not spectacular, but playing for two seasons at a high level makes it likely he will be due for a raise. How much that will be is anyone's guess, but with San Jose's cap situation tight, it's possible the price range exceeds what Wilson would be willing to pay for a goaltender who will see roughly 20 starts.

3) Other teams interest. Ties in with one and two. A good fit would be Washington, who might be willing to pay him $1.5 at two years, contingent upon them dealing Theodore (which admittedly would be a chore with that behemoth of a contract) and handing the reins to Varlamov (a whopping 5 regular season starts on his record). It's an insurance move that a few teams would definitely make.

Another point I'd like to throw out for discussion is that of Thomas Greiss filling the backup role if Boucher signs elsewhere. To start this off, here's what I had to say earlier in the year:

Worcester Sharks: Thomas Greiss has put up uninspired numbers this season with the Worcester Sharks (3.09 GAA with a .892 SV%), and coupled with his stint last season on the big club, it looks like he needs more time in development.

While I still tend to agree with the assessment that I'm not sold on his ability to consistently give the team a chance to win nightly, it's time San Jose made a decision on who will carry the torch once Nabokov's flame in San Jose burns out.

Nabby is slated to hit free agency next offseason along with a couple other players. Looking at the big four on that list (Setoguchi, Pavelski, Marleau, and Nabokov), his future with the team is not set in stone. Personally, I place him behind all of those players when taking into account the contract length (all will be looking for a multi-year deal), price, age, and skill set.

Therefore, it might be time for Wilson to trust the vaunted goaltending system of San Jose and give Greiss 20 starts to understand where he is in development. Along with freeing up a roster spot/playing time in Worcester for other goaltenders (and therefore strengthening the system), it will help Wilson make a more informed decision on what to offer Nabokov. If Boucher is out of the team's price range, I think you have to roll out Greiss in a backup role*.

*Three notes- Greiss is an RFA, although I see no reason he will be extended an offer sheet (i.e. I think he will be with the organization next season). Gustavsson potentially signing with San Jose could make this moot. Most importantly, there was some good conversation on the merits of Greiss earlier today:

The thing is, he was used in 07-08 as a backup (since Patzold was strictly a bench-warmer), and he lost every single game he was in (sort of like McElheinny or w/e for the Flames). He got his first professional shutout this past March, despite playing professionally for several years in the AHL. And if Greiss does end up being a bust, we still have Dakers, Stalock, Sexsmith, and Sateri all developing right now. And those are just the big-name goalie prospects; I’m sure there are even more hidden in college, juniors, and the Euro leagues that the Sharks have drafted. Its just that, having a Vezina-caliber workhorse goalie in net already tends to limit the chances for goalie prospects to get starting positions at the NHL level, which means that we won’t be able to fully utilize our goaltending depth.

I think we have to keep greiss and try him as the backup this season. What’s the point of having so many goaltending prospects if there’s no chance to break them in before they get thrown out there. We need to use them and start a bit of rebuilding without damaging the team.... I’m just saying if we dont’ start bringing in the youngsters now, as scary a prospect as that may be, we’re gonna get stuck one of these years with goalies totally inexperienced at the NHL level unless we dish out a bunch of money to either keep Nabby or get another great goalie.

07-08 soured me on Greiss. It’s obviously not fair of me to make a decision based on a small selection of performances, but he did nothing to make me feel comfortable handing him the reigns when Nabby eventually retires or signs elsewhere. I’m willing to have him prove me wrong, but I’m not sure he’ll get much of a chance behind Nabokov.

Plank's Final Offer: One year at $1.0 M flat. I'm not completely sold on Greiss' ability to serve in a backup role; that accounts for Boucher's pay increase. However, anything more than that requires me to let him walk and set the franchise up for the future.