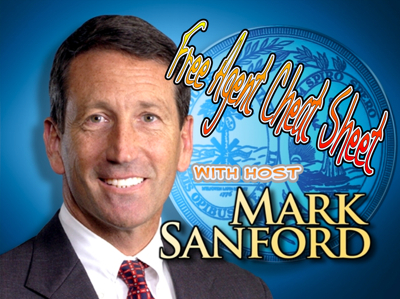 Any Argentinian grinders on the market?

July 1st is right around the corner, and James Mirtle of From The Rink asked SBN's bloggers to compile a free agent cheat sheet for each of their respective teams.

FTF has been doing write ups for each of the RFA/UFA's since the Sharks bowed out in the first round to the Anaheim Ducks- if a players name has a link, that will take you to their article.

[Editor's Note]: Per David Pollak, four players have been extended qualifying offers- Clowe, Mitchell, Staubitz, and Greiss. Goc will not be returning.

Salary Cap Space: Minimal. If San Jose wants to make a big splash in free agency, they will likely have to move a big contract (Marleau, Nabokov, Michalek, Cheechoo, Ehrhoff) in order to make room. Coupled with the fact that the Sharks have trouble landing marquee free agents, it's unlikely this is the route they will take in respect to a top six winger and/or top pairing defenseman.

Key Needs: San Jose's bottom lines were plagued late season with shying away from making teams pay physically, and an inability to put the basket in the biscuit (or whatever that saying is). In a Seagate Broadcaster's blog entitled, "What Do I Know?" Jamie Baker went around the league and asked what the Sharks issues were. Among the many comments, one rang particularly biting- "The Sharks are a dyslexic team. They are all 6'4" but they play like they are 4'6'." If San Jose is going to have any success in the playoffs, becoming a tougher team to play against needs to be a priority. That begins with a tenacious forecheck and willingness to throw the body around. Along with finding help along the boards, it is slightly concerning that Ryane Clowe (who is a RFA) remains the only San Jose Shark willing to take punishment in front of opposing goaltenders on a consistent basis. With most of San Jose's offense flowing through shots from the point, adding a player with grit will hopefully improve overall presence in front of the net.

As for San Jose's top-six, one issue TCY and Plank had throughout the course of the season was that the Sharks possessed a lot of shooters, but not a pure scorer. Although Devin Setoguchi and Patrick Marleau boasted excellent goal totals, it was unlikely you would see any San Jose player create a goal for himself off the rush. Admittedly, the likelihood of San Jose obtaining a player like this in free agency is nearly zero considering the salary cap situation. Without a trade, working on puck handling creativity during the summer months will be the likely solution.

Third, it is necessary to sign a forward who will be able to play on the penalty kill- this attribute can be found in the same type of player we're looking for in need one. Although the Sharks had some good PK'ers last season, both Goc (already has) and Grier (almost a given) will likely be shown the door. If Mitchell accepts his qualifying offer he'll reprise his PK role from 2007-2008. It's not guaranteed that he'll sign though, which would leave San Jose with three proven penalty killers on the current roster- Marleau, Michalek, and Pavelski. Spreading the amount of time spent on the kill would be a wise decision to make seeing as all three skaters play on the top two lines. Marleau's injury at the end of the season could have possibly stemmed from the wear and tear sustained shorthanded, and limiting all of these forwards PK minutes will effectively improve their performance at even strength.

Lastly, it would be nice to have a defenseman solely focused shutting down opponents top lines. Murray is a notable physical presence, but lining up big hits sometimes leaves him out of position- his lack of skating ability causes problems when attempting to catch up with quicker opposing players. Vlasic plays well positionally and possesses a very good poke check, but he's not physical enough to limit a forward who utilizes their size near the net. The Sharks should look for someone who could play more effectively with Boyle; Lukowich was a real disappointment as the season progressed, and Blake isn't getting any younger. His propensity for taking hooking penalties will probably increase as he continues to lose steps on faster, younger forwards.

As with number two however, the likelihood of securing a top level defenseman of this caliber may be a pipe dream, especially with news of Rob Blake's signing.

What Our Rivals Want: To face San Jose in the playoffs. Ba-dump psh!