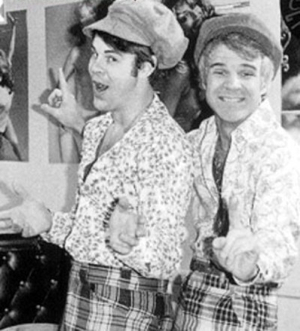 Because it is a wild and crazy day!

Free agency- everyone knows what it's about. If you don't, whatevs and welcome.

Since things are likely to get a little crazy during the day here are a few general thoughts to keep comments streamlined. I doubt anyone listens to me anyway, so if the thread ends up looking like Downtown Baghdad don't play the blame game.

1) When you comment on a signing, try to provide a link and quote. An example of this can be found in the beginning of the comments.

2) If something related to the San Jose Sharks happens (Clowe re-signs etc.), rec it. This will cause the comment to show up green and make the most relevant information easily visible.

3) Try and "reply" to the news instead of adding your own comment further down the page. The reply button is your friend and will help keep the conversation focused.

If yours truly breaks one of these guidelines, feel free to question my "heart" and demand I "give up the C."

Don’t expect to see Mike Grier, Brian Boucher, Alexei Semenov or Claude Lemieux on the roster. All are UFAs, of course, and none of them fit in the current plans for next season...

...Both sides of the table say the Ryane Clowe contract negotiations are progressing well and indicate a multi-year deal could be coming very shortly. Still, given what happened a year ago, nobody wants to declare peace in our time until every last detail is in place.

12:33 p.m. — Nothing official yet (update: It’s official — two-year, $1.85 million deal) but word is out that Boucher is signing with Philadelphia. Makes plenty of sense for a lot of reasons — that’s the team that drafted him, expected to sign him when Doug Wilson swooped in back in February 2008 and operates not too far from his Rhode Island home. - Working The Corners, July 1st