WBT's Greatest Hits: "On The Hotseat With Ron Wilson"

Share All sharing options for: WBT's Greatest Hits: "On The Hotseat With Ron Wilson"

The last two weeks have been pretty busy with work, which is part of the reason I haven't been around all too much. Coupled with the fact that I said my peace on July 17th in a piece called "The Journey" that answered a lot of  questions on the possible trades/transactions San Jose could pursue, scrounging the internet for rumors just hasn't sounded as appealing compared to scarfing down hot pockets, recording a cover album of boy band songs, and playing Battlefield 1943 online. Let the chips fall as they may, because I'll light myself on fire while whistling a fucking Christmas Carol before I consider talking about Dany Heatley one more time.

Since I've taken such a staunch pro-Monroe stance in regards to the daily workings of one Doug Wilson, re-publishing old articles from my former blog is the route we're going to take. And you're going to like it. In fact, you're going to love it asshole. Don't get all coy with me and try to pretend otherwise.

The original piece can be found here, and followed last year's second round loss to the Dallas Stars.

On The Hot Seat: Ron Wilson 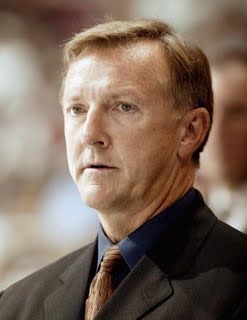 In this new addition to We Bleed Teal, a panel of experts will sit down and look at the future of the franchise. From players to personnel, no stone will be left unturned in our quest to add some insight into how a Cup can come to the city of San Jose. 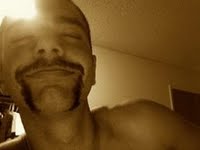 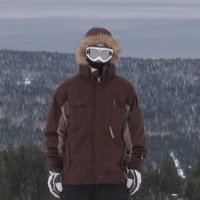 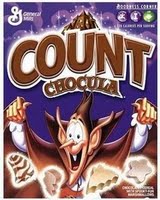 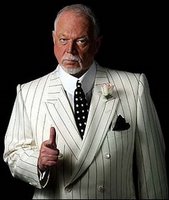 Mr. Plank: Thanks for taking time off from dealing methamphetamines to join us in our panel. Life is tough right now.
Caveman: I feel the perfect song to describe the feeling is "Until We Say Goodbye" by Joe Satriani. On one hand you're like "Ah man we lost" but on the other, you're like, "When we finally win the Cup it's going to be that much better."
Mr. Plank: I think that's a perfect segue into our first order of business- Ron Wilson. What are your thoughts on his job security this offseason? I have a feeling his kids are going to be hungry come October- he's on his way out of a job.
Don Cherry: Kids nowadays.... when I was a boy growing up in Kingston, Ontario we ate cardboard for breakfast and a little mouse if we were lucky, not some of this freak show vampire cereal that's all the rage.
Count Chocula: Dude, I haven't been cool since '97, and to be fair, your suits make you look like you're struggling with your sexuality.
Chris Pronger: Excuse me here gents, but I am quite certain that the topic of discussion is the future of Ron Wilson's job with the San Jose Sharks. Digression is not what we came here for- let's all be civil and refrain from cheap shots.

Mr. Plank: Er, yeah. I guess I'll take this opportunity to say that I believe Ron Wilson is on his way out- although the three straight second round losses aren't necessarily his fault, someone is going to bite the bullet in San Jose. What better way to get this franchise back on track for Lord Stanley than a change at the helm.
Caveman: Agreed. The power play has looked stagnant under Wilson this year, and it's tough to see a team as talented as this one drop out early. Canning him may be the boost we need.
Mr. Plank: I mean just look back to earlier this year- it's been rumored Wilson didn't talk to Patrick Marleau for six months. If you're not talking to your Captain, how does that reflect on the team?
Don Cherry: I'LL TELL YA SOMETHING KIDS, WHAT YA'LL NEED IS A HARD BACKCHECKING TOUGH NOSED CANADIEN BOY WHO ISN'T AFRAID TO TAKE A HIT, AND DELIVER ONE FROM THE DEPTHS OF HELL A SHIFT LATER!!! LOOK AT WHAT HAPPENED TO MILAN AT THE END OF REGULATION IN GAME SIX!!! WHO STEPPED UP AND NIPPED THAT ONE IN THE BUTT!!!
Count Chocula: Did you eat a whole bag of coke before you came in here? I'm sitting right next to you dude.
Chris Pronger: Frankly, I don't see the upside to general goonery. Respond in a manner that punishes them on the scoreboard, not with your fists, elbows, and/or feet.
Count Chocula: Aight man, cut the crap. We all know you....

[Pronger immediately elbows the Count in the head, and he goes down]

Caveman: Holy kamolie. If this wasn't an acid induced dream I'd say Stompy over here had lost his mind.
Mr. Plank: I think Pronger watched "Happy Feet" with his kids one too many times.
Chris Pronger: HOOOOOOOOOO WAAAAAAAAAAAAA (Pronger begins to stomp around like a T-Rex)
Mr. Plank: This could get ugly really quick, let's wrap it up. Wilson, in or out? I say out. Not his fault, but there's no way changes aren't being made here. Granted the team showed some heart in games 4-6, but we dropped the first three of the series. Someone has to take the fall.
Caveman: He's done.
Don Cherry: I'LL TELL YA ONE THING...
Everyone: (muttering) Oh Lord
Don Cherry: WHEN I WAS THE COACH OF THE BOSTON BRUINS AND WON THE JACK ADAMS BACK IN THE 70'S, I WOULDN'T LET ANY OF MY GUYS EAT, SLEEP, OR DRINK ANYTHING BUT HOCKEY DURING THE PLAYOFFS! WE WERE TOUGH AS NAILS! IN FACT, I EVEN REMEMBER EATING SOME NAILS DURING OUR PLAYOFF RUNS!!! THE PLAYERS WIVES WERE REGULATED TO CAGES AND ALLOWED OUT ONLY IF COOKING FOR OUR TEAM OR PERFORMING CERTAIN, UM, ACTS, THAT WOULD RISE, ER, UP, ER, OUR SPIRITS IF YOU IF YOU WILL. THEY'VE GOT NO PLACE AT HOCKEY GAMES!!!
Count Chocula: (lying on the ground) Which would justify my hypothesis that you are completely devoid of any sense, and that those nails you unfortunately consumed may have been unable to leave your internal organs, blocking your rectum, thereby causing you extreme discomfort. Due to this, you have developed a penchant for yelling loudly and are unable to discern the difference between your opinion and reality.
Don Cherry: WELL MR. CHOCULA, AT LEAST I'M NOT SOME FREAK SHOW VAMPIRE WHO ENJOYS THE COMPANY OF OTHER MEN WHEN THE COLD ONTARIAN NIGHTS SET IN BUDDY.
Chris Pronger: (who is currently now foaming at the mouth) GAGAGAGA!!!
Count Chocula: Huh? Whatever Don, I'm not the one who says, "Look at that beautiful kid" whenever a player's picture comes up on Hockey Night. And Pronger- "GAGAGA"??? It seems as if Stompy over here may have eaten some nails as well. How'd it feel to be sitting in the penalty box while your season ended buddyroo?

Pronger lives up to everyone's expectations and begins to stomp Chocula

Caveman: Where's Ryan Kesler when you need him?

Mr. Plank: Well that's going to do it for tonight folks. The Sharks season is done, and some changes are expected after a third-straight second round loss. Fun fact that's really not fun at all: No team has won more playoff games since 2004 than the Sharks- unfortunately no team has lost more as well. In my opinion, Ron has outstayed his welcome in San Jose. Is it solely his fault? Not in the least. But a change at the top just might be what the doctor ordered. Chime in with your opinions in the comments section. We'll be back later to discuss other orders of business.


[Editor's Note]: All depictions of players and persons were published for creative purposes only. This conversation did not actually occur, although it would be stellar theater if it did.