Well NHL 10 is right around the corner and I couldn't be more thrilled. The new GM Mode looks stellar, and they've finally implemented a fantasy draft which is right up my alley. I'm a fan of Be A Pro and all, but nothing is more exciting than building your own team and establishing a dynasty. This is the part of the intro where I link you to my previous NHL 08 created team blogs (Go Minneapolis Rebels!) that inspired the creation of We Bleed Teal and jump started my blogging career, but studies show that doesn't land you a girlfriend*. It's science people. And it's also sort of embarrassing.

*Although, as the title implies, I won't be looking for one in the foreseeable future.

Fear The Fin will be creating an EASHL team just like last season for anyone interested. Let us know in the comments so we will be able to gauge the interest level (hey Sleek, you've got a home here- we're not taking no for an answer). Everything will probably be up and running (jerseys etc.) around the 20th considering I'm still in Minnesota and won't be able to set it all up until after Teal & White, so practice your cycles down low and puck battles along the boards for the time being. I usually play defense on the off wing (right handed shot) and TCY is down the middle, but I can play forward as well if there's a need for it. TCY is pretty locked in as center though. Total headcase but his assist total is worth it. 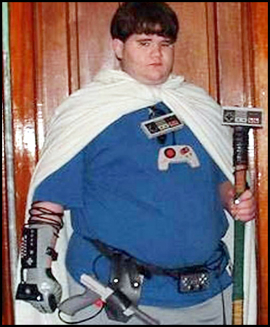 I wasn't peeved about Crabby Cabby Kane's mug on NHL 2010 this season (unlike Phaneuf last year) because he doesn't bother me all too much, but I wonder when the next San Jose Shark will make the cover; Owen Nolan was the latest to do so (2001). The player would obviously need to be young and probably a forward as well considering that is the direction they seem to be heading in, which leads me to say Setoguchi is the best bet on the current roster. He has the goal totals to sniff it at least, but if Bobby Ryan has a big year I think that may end up being your West Coast representative. This is probably an exercise in futility because it's doubtful a California player gets on the team. I'm not sure anyone else from San Jose (Vlasic, Pavelski, Clowe, etc.) is young and dynamic enough to get serious consideration. Couture's obviously a bust too so you're better off ignoring that future possibility.

Can't wait to grab a bag of corn chips, procure a pop from the fridge, and hit the digital rink. Hope to see you there.