Update: Yeah I put "Update" twice in the title....

Just got back from Teal and White and wanted to make this thread so we could all talk about it. This way we won't hijack some innocent thread that has nothing to do about it. Anyways here are 4 pics I got at the game, I have a ton more though. I'll post them if I have time. 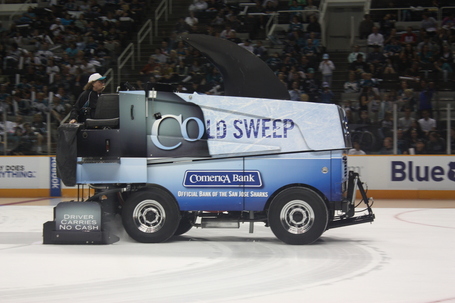 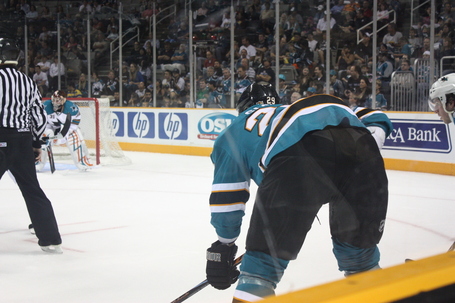 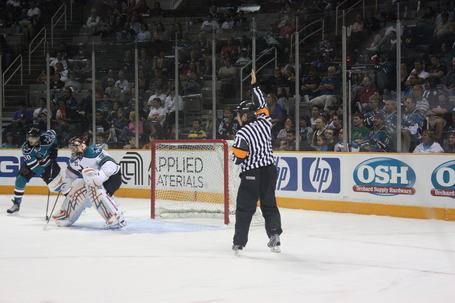 Yes there were penalties. 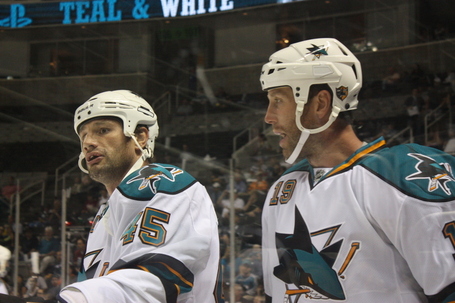 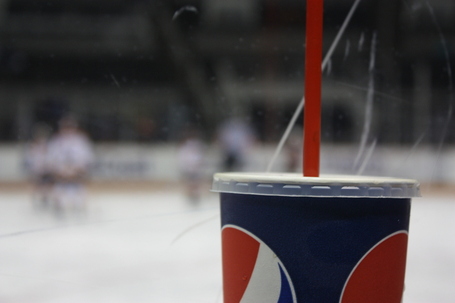 Um, I just thought this was a cool picture. Depth of field! Okay real hockey pics... 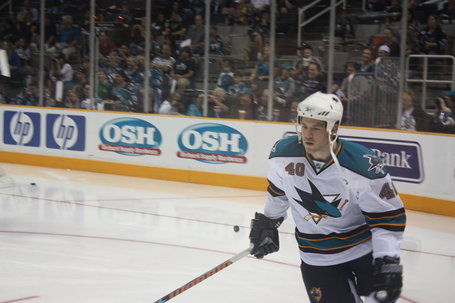 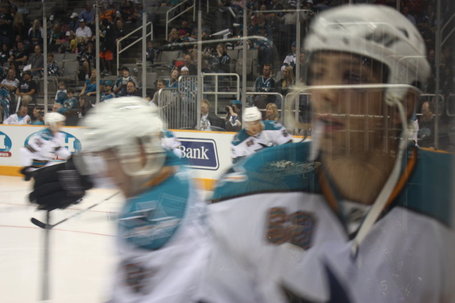 Frazier McLaren is a ghost. It was really cool to see him play. 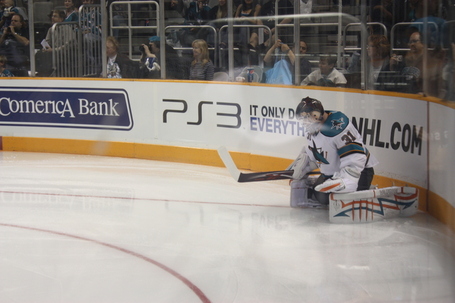 Tyson Sexsmith was being really immature. They had to put him on timeout in the corner. 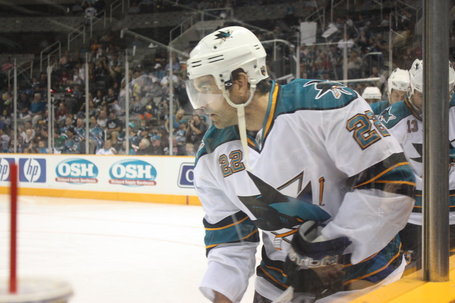 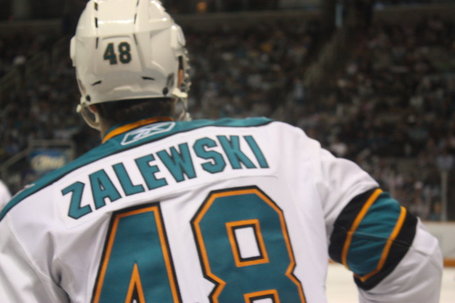 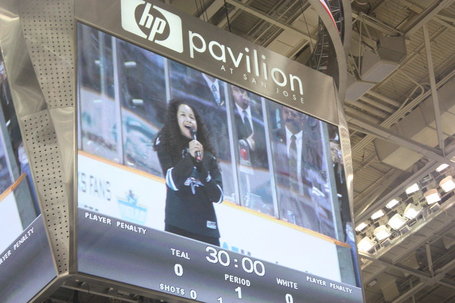 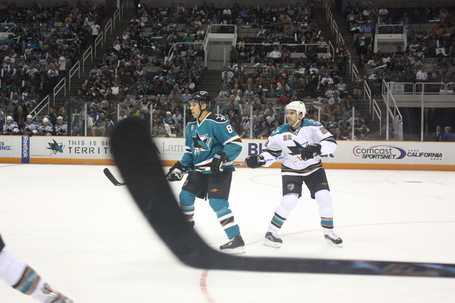 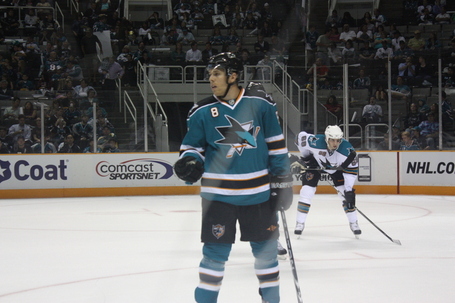 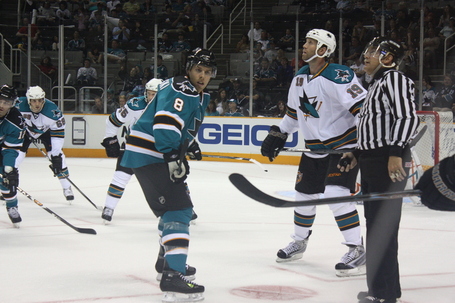 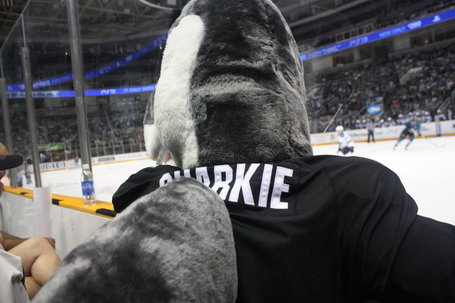 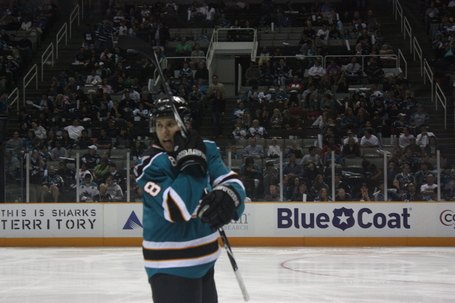 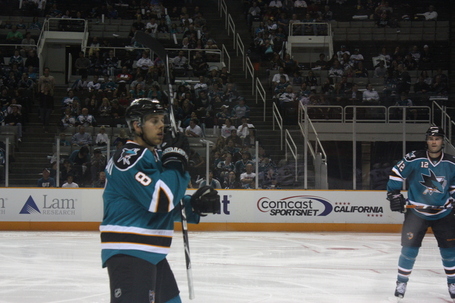 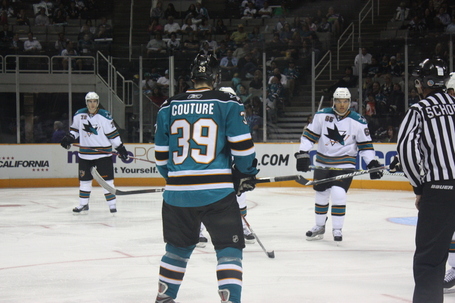 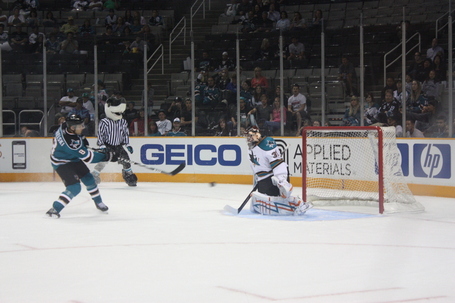 Joe Pavelski scores in the shoot-out 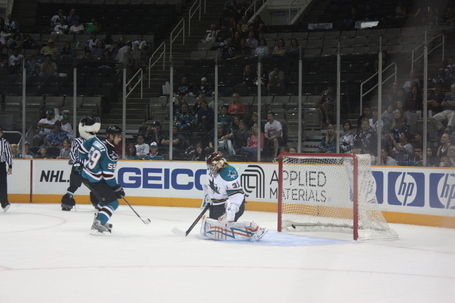 Brad Staubitz(!) scores in the shoot-out 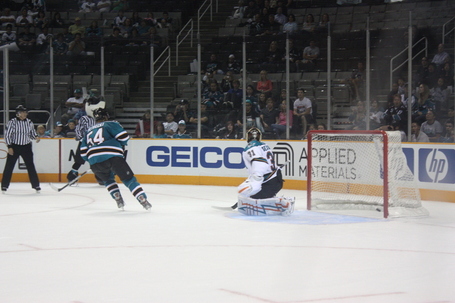 Nick Petrecki scores in the shoot-out 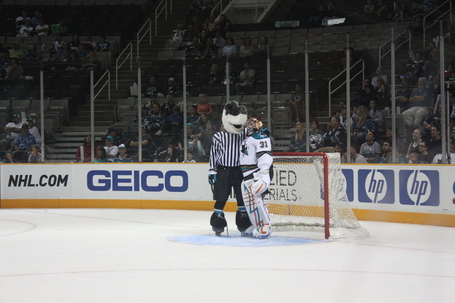 Hope everyone likes the pictures. Oh as I said in the comments, you could take the pics, and do whatever you want with them.