Share All sharing options for: Mmmm, It's Fantasy Time 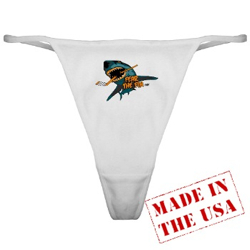 [Plank Update 9/2 7:30 PM]: We've already hit a waiting list, with three spots in the league currently unoccupied due to a delay in signing up after I sent out the password. Frackin slackers. If you don't have your team signed up by 5:30 PM tomorrow (September 3rd) I will be releasing passwords to three people on the wait list. Do I sound like a controlling asshole? It's because I am. Reason number seven I can't hold a consistent girlfriend. Reasons two and three are the herpes.

[Plank Update 9/3 4:37 PM]: Everyone has signed up. If you are not in this league then you are currently without a home. We will be fixing that now. Those who still want to join a league, talk amongst yourselves in the comments. Someone will need to set everything up and become the Commissioner. As of right now I nominate adragon, Will Bulldozer or stufflife considering they have been around here for awhile and have done fantasy before, but feel free to bypass that as I won't be directly involved in the league. I would prefer if you run the same point scoring that is found below as well as having a head to head league, but once again, that is your prerogative. Good luck, and thanks again for the overwhelming support. Really appreciate it.

[Plank Update 9/3 6:34 PM]: Ignore everything I said above. Conico De Mayo Miracle forgot to sign up for the first league (can't blame him for his deliquency really, the name says it all) and has set up a second league for all of those who are currently without a home. It's on Yahoo and will be exactly like the first league in every single way (scoring, head to head etc.). The league ID is 108742 and the password is drinko. Draft is set for September 26th (Saturday) at 12:00 PM, but he said he is more than willing to coordinate schedules. Hope this solves everything, leave any questions in the comments. Cheers and thanks again!

Wear your skimpy lingerie and FTF thongs because this one might get steamy.

Here's the skinny on how the points are going to be divvied up- let me know in the comments if you feel I missed a category, or if you think one should be scrapped.

Rational: Was a bit wary about including +/- because it's going to punish players on weaker teams but decided to stick with it... Points might be double dipping a bit, but will make sure managers don't just load up on solely goal scorers or passers... Shorthanded points included to benefit managers who draft two way players- obviously points are a relatively poor measure of this, but it's close as we're going to get... Faceoffs won is the same principle. Like to help out managers who draft a complete team...

Rational: Most of these go without saying, really.

A live draft will be held, with a tentative date of September 23rd at 7:00 PM PST. More than willing to help coordinate schedules.

Email me at [fearthefin@gmail.com] with your handle on here if you are interested in joining. Twenty teams will be involved. First come first served, with the exception of TCY and Drinko since they are admins. If the demand is overwhelming I'm fine with creating a second league.