Ten Things To Get Excited For

Share All sharing options for: Ten Things To Get Excited For 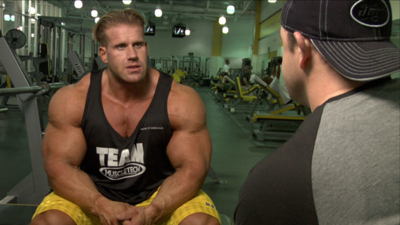 We've got six days until training camp gets underway, and about a week and a half until Teal & White. If you're like me, this summer has been a steady diet of NHL Network and black tar heroin squeezed in between trips to the psychiatrist- just when you think you've forgotten about April the damn thing hits you with a sucker punch in the chops and urinates on your bed*. I'd pass on a date with Natalie Portman (who's a big fan of mine) to watch one period of a trap filled Sharks-Devils game, even if it means sitting next to a fat guy making out with his chili fries and quoting Mark Purdy articles.

*Hey, it wasn't me. I fixed that issue days ago. Days.

Let's get October 1st here already. I'm sure everyone is getting tired of these hypotheticals.

10) Joe Ike's first "Sharks on the power playyyyy" call. The only known cure for whiskey dick in the continental United States. What a rush.

9) FTF Night At The Tank. It's going down on December 26th and should be a blast. Make sure you don't take any drinks from TCY though, especially if he yells out "RUFIOOOOOOOOO" after you take a sip. Trust me. He hasn't even seen Hook.

8) Drew Remenda and his bout with male pattern baldness. This is going to get old the fourth time he mentions it (second period against Colorado), but no Sharks broadcast is the same without Drew Remenda channeling his inner Larry David.

7) The Sharks have a great regular season only to get trounced in the playoffs. Look, I'm a hopeless romantic like all of you, but go sit on your thumb if you think I'm not expecting another opportunity to make YouTube videos knee deep in some good ol' post-traumatic stress disorder. Time to wave the white flag people. The only difference between us and Kings fans now is that we have a Mike Ricci poster on our ceiling so when you wake up in the morning you can pretend he's going to kiss you on the cheek and ask if you want breakfast in bed. That's it.

5) Plank shuts his fat mouth in April. I'm a little embarrassed about this, but need to alleviate some cognitive dissonance. From late last season, after a Sharks loss to Anaheim before the playoffs began:

Anaheim is a solid team no doubt, and I’ve got a Benjamin riding on them knocking somebody out first round

4) Torrey Mitchell plays a full season. Hopefully I'm not jinxing anything here (just because I'm shutting my mouth in April doesn't mean I can't spout off in September), but you know who to throw on the pyre if the shit hits the fan (or a leg hits the post). On a related note, I sent an email to the Sharks PR Department seeing if they would be interested in handing out prosthetic legs with Torrey Mitchell's autograph on them at this year's Teal & White. Didn't hear back.

3) Todd McLellan mentions "the process". I've actually adopted this saying in my own personal life, and you can too! All it involves is three easy steps: 1) fail to please a woman on the first date 2) mumble something about it being part of the process 3) get dumped before the second round begins. Simple, to the point, and remarkably professional.

2) Dan Boyle doing that weird eyebrow raise thing on the bench. Joe Thornton passing the puck on a two on one when the defenseman is taking away the passing lane. Douglas Murray floating a shot from the blueline.  Christian Ehrhoff attempting to go coast to coast. Jonathan Cheechoo skating. Marc-Edouard Vlasic making a soft play in the corner. Evgeni Nabokov practicing for a role as James Bond's new squeeze. Jody Shelley fighting Donald Brashear. Devin Setoguchi wearing white shades to a post-game press conference. Predictions that Torrey Mitchell will score thirty goals. Patrick Marleau jumping over a point shot in the playoffs. Joe Pavelski paying referees to give him a match penalty because he doesn't want the stigma of being a Lady Byng winner. Milan Michalek trying to do a power move to the net. Ryane Clowe camping out on the sideboards. Rob Blake taking a hooking penalty.

God I love this team.

1) Hockey. "I feel like Dorothy and everything just went to color." Three weeks. Three damn weeks.