After a long offseason of prognostication, concern, hope, discussion, and hours upon hours of debate, the San Jose Sharks 2010-2011 NHL season is just 95 hours from getting underway in Stockholm, Sweden.

It's safe to say the puck drop snuck up on all of us quicker than Mike Ricci in a dimly lit subway tunnel. 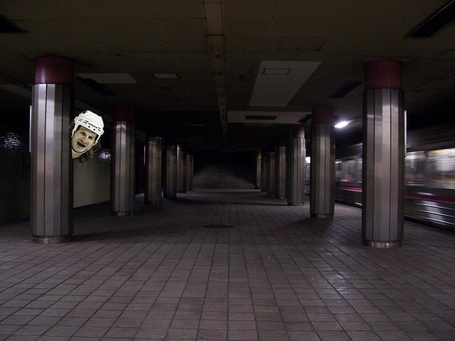 Anybody have some spare change?

On Tuesday and Wednesday TCY and I will be rolling out player previews for all of the San Jose Sharks currently vying for a spot on the team-- they'll be coming fast and hard throughout the day, so be sure to refresh FTF like your life depended on it. Thursday will be a look at how overseas travel can effect a team, as well as some quotes from Todd McLellan on the subject.

And Friday? We all bask in the wonderful glow of Sharks hockey. Even if the majority of us will be watching the game on some serious tape delay.

Until then, be sure to head to Working The Corners and Brodie Brazil's Twitter page for news on the Sharks trip overseas. Lots of quality off-ice information there, with pictures like this providing a good laugh or four.

Until we meet again...