How The West Has Changed

Share All sharing options for: How The West Has Changed

There's been some discussion of Fear The Fin already (found here), but I thought I'd take the time to chime in on how the two Western Conference GM's fared yesterday, and how it changes the complexion of the playoff picture going forward. 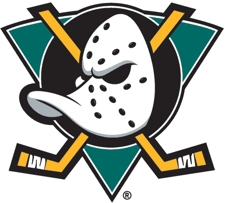 Who's In: Jason Blake, Vesa Toskala

Who's Out: Jean-Sebastien Giguere

The Skinny: Jonas Hiller's extension on Saturday re-ignited the Giguere rumors, with nearly all sources speculating that Toronto would be his destination considering the Brian Burke and Francois Allaire connection. That speculation, as we now know, turned out to be correct.

Earl Sleek of BoC has a great post detailing why it's a win-win for both clubs from a salary management standpoint, and it's a good point to make-- both organizations were swapping contracts that didn't work with their current alignment, and with the market value of all players involved nearly zero, they were ideal trade partners. I'm surprised Anaheim didn't have to send draft picks Toronto's way, especially with the Kessel deal depleting the Leafs pool, and I think you have to commend Bob Murray for retaining those assets.

On-ice, immediately, I think the Ducks are treading water at best and took a slight step back at worst considering Blake is a middling forward who is past his prime (although, admittedly, playing top-six minutes with Anaheim offers much more opportunity than top-six minutes with Toronto), and Vesa Toskala's career has taken a nose-dive ever since leaving San Jose. The Ducks are now without a proven backup if Hiller regresses and/or goes down with an injury, but on a team that is dealing with an internal cap around $50 M, it's hard to plug all potential holes. It was a move that had to be made.

Verdict: Anaheim gets slightly better on the offensive front, but loses depth at the goaltending position. Wash. 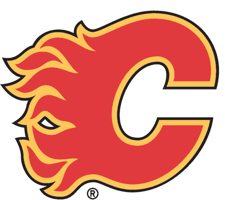 The Skinny: Everyone likely knows how I feel about Dion Phaneuf, but here's a snippet from an article detailing the San Jose Sharks Olympic players.

Phaneuf probably has some supporters somewhere, but I'd be very surprised if he is even getting a second look from the Canadian brass-- very subpar in the defensive zone, and although an Olympic team won't be hampered by his overpaid contract, taking a flyer on him based off reputation alone is not a recipe for success.

Fact of the matter is that Calgary had $20.8 M invested in four defenseman (Phaneuf, Bouwmeester, Regehr, Sarich), and with their scoring output falling, Phaneuf made the most sense-- Bouwmeester should have made the Canadian Olympic Team, and Robyn Regehr is one of the best shutdown blueliners in the league today. Those are two big-time stoppers on the blueline, and with Mark Giordano playing very well this season, this is a great move for Calgary.

On-ice, immediately, I think the Flames vastly improve. Even with Phaneuf I think they make the playoffs and pose a threat, but now their team is much more balanced from front to back. Ian White has been one of the best blueliners on the much-maligned Leafs unit this season, and he will be a more than suitable replacement for Phaneuf considering Calgary already has Bouwmeester and Regehr to do the heavy lifting on that unit. Matt Stajan is likely to center Jarome Iginla in what is shaping up to be a career year, and Niklas Hagman is easily a 20+ goal guy from season to season, with the potential to crack 30 this year. Jamal Mayers is nothing to write home about, but since he's in the last year of his contract, parting ways with him in the offseason won't be an issue.

This is a clear win for the Flames in my opinion, and puts them back in the conversation for the Northwest division race. They are a much better team than they were yesterday, and will be a tough team to face in the playoffs. Watch for an upset in the first round.

Final Thoughts: In terms of how this relates to the competition San Jose can reasonably expect from the two teams...