After tonight, the boys are coming home.

It's been a brutal road trip. The worst in recent memory. The threads of a season have begun to become unraveled, the fabric becoming looser with each unrelenting loss. 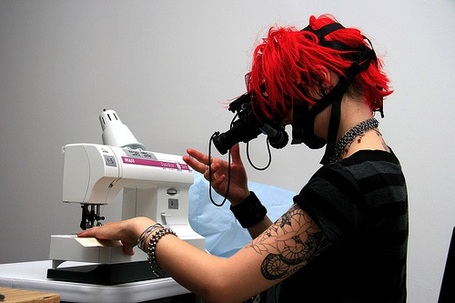 Todd Richards and the Minnesota Wild bring about no real hard feelings. It's a team San Jose has handled quite extensively over the years, going 19-9-2-4 since the state was given a franchise they deserved ever since Norm Green unfairly ripped the Minnesota North Stars from their hands. Owen Nolan is a notorious Sharks killer whenever he faces his former team, but besides that, there is nothing here which would indicate a playoff type atmosphere. The Wild will miss the postseason for the second straight year. The Sharks are a near lock.

A game that will celebrate their Independence Day.

Prediction: Sharks win 4-3 in OT. Goals by Clowe, Setoguchi, Vlasic, and Marleau. Jumbo Joe Thornton has three assists and a two and a half minute scrap with Cal Clutterbuck.