Tonight, it's all about fatigue.

The CBC cut to Doug Wilson in the press box following Boyle's own-goal in the overtime loss last night, his face ashen and gray. The reaction was far different from the emotional outburst exhibited after game one-- there was no visible anger, no tangible signs of fury and rage.

It was as if he had seen a ghost. The spirits of postseason disapointment, circling the rafters, readying to strike.

The Avalanche have been put through the wringer over the course of the last two weeks. Peter Mueller was sidelined during the regular season, Milan Hejduk went down after colliding with Paul Stastny's shoulder pad. Ryan Stoa, David Jones, and Kevin Porter are all questionable. Colorado has blocked an astounding seventy one shots over the course of this young series, and was pummeled on the low cycle for a near consecutive forty minutes last night. They have felt the force of a San Jose team that has consistently finished checks on every player in the defensive zone. Craig Anderson has been required to stop one hundred and three pucks the last two games. The reserves are wearing thin.

Colorado is dealing with physical fatigue.

The Sharks came out and did everything in their power to put the puck past Craig Anderson Sunday night. They blasted shots from the point, the slot, the sideboards, the crease. They drove to the net, they laid on the body, they punched and pushed and powered their way into the offensive zone like relentless hounds on raw meat. And at the end of the night, with San Jose sitting on a full house aces high, Colorado landed a straight flush on the river without even realizing they had the necessary cards in their hand. Dan Boyle had put the puck into his own net.

As much as some like to say that this is a different team this year, and it most definitely is on a strictly personnel level, it's hard to think that the mental side of the ledger will not be a factor tonight. A revamped bottom six that has made a huge impact in the last week. A forty goal-scorer in Dany Heatley, a jack of all trades in Manny Malhotra. These are players who have changed the makeup of this team for the better.

But in the Pepsi Center, these new faces don't matter. It is an organizational burden they carry, one that every single man wearing teal and white will lug around like an anchor until the results match the effort and heart they have displayed since losing on a fluke bounce in game one. San Jose has outclassed Colorado for huge blocks at a time and yet trail the series by a game. It is beyond the realm of logic and compassion, residing somewhere in the vast expanse of dark space.

HP Pavilion witnessed the response after a disappointing series opener; it was cutthroat and systematic. The Sharks bounced back from setbacks five times, tying the game in the final seconds. And by the cruel and kind hands of the unpredictable mistress hockey fans call playoff overtime, they prevailed.

The Sharks had proved their worth. And they must do so yet again.

At this point, the margin for error is razor thin. The bounces haven't gone their way and there is no reason to believe they should suddenly begin to do so. It's all white noise right now, chaos and calamity. These things don' necessarily even out. They just exist.

Scoring first tonight is essential. San Jose has yet to establish a lead in a single game. A power play goal would work wonders for this team as they have struggled mightily in this area. Nabokov needs to be lights out. Marleau needs to get on his horse. Murray requires smarter decision-making. Heatley will be asked to bury a big goal despite playing at less than full strength. The rest will be asked to continue to do what they have done over the last two gaes.

Their backs against the wall for what seems like the hundredth time. A lesser team would crumble under the weight of these expectations, falter in fear, name themselves the victims of lopsided luck.

Tonight this team will go to war with that mental fatigue.

Tonight this team will battle with a puck unwilling to adhere to their requests.

Tonight this team will fight every inch of human nature that states it's easier just to lie down.

Tonight this team will lock horns with both burgundy and teal.

Tonight this team will experience a moment that will determine the fate of this organization for years to come. 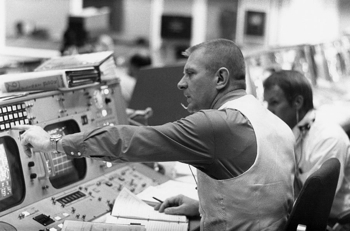 "And with all due respect sir, I believe tonight will be their finest hour"