And so it begins.

There has been a fair amount of rumbling around Fear The Fin about how important tonight is, and I couldn't agree more. San Jose just flat out can't spot Detroit a 1-0 lead, sit around for two days to think about it, and then be forced into a must-win situation a mere sixty minutes into the series.

Most important game of the series until eliminations, really. Tonight sets the tone.

Series preview can be found here. At this point, not much else you can say except what's already been said:

The Detroit Red Wings. Ponder that name for a minute. Let it marinate in your mouth. Let that red and white seep into your pores, let it consume your soul. Allow visions of Tomas Holmstrom and Chris Osgood to run wild in your mind; lifting Lord Stanley for all the world to see, drinking it's sweet nectar. Feel the Dark Side coarse through your veins. Accept it as a part of you, permit it entrance to the back of your throat till it becomes almost too much to bear.

Then spit that vile creature out.

Anyone who tells you tonight is just another game doesn't have a pulse.

Let's kick in the door and raise some hell. 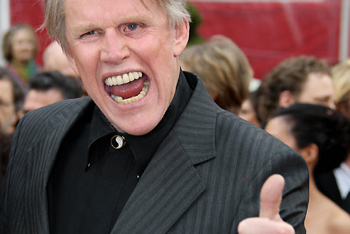 Prediction: Sharks win 3-2. Goals by Heatley, Boyle, and McGinn. Douglas Murray and Niklas Kronwall collide at center ice in the second period, causing all remaining Sharks home games to be held at the Cow Palace.