With the Sharks rookie tournament underway, and a 4-1 win over the Anaheim Ducks under their belts, the time is nigh to spotlight one of the most intriguing prospects to enter the system in a long, long time.

Wearing #57 this week in honor of his favorite Berenstein Bears book (The Berenstein Bears and the Week at Grandma's, in which Brother and Sister learn the true blessing of having supportive and loving grandparents), Wingels has high hopes for making the Sharks roster during training camp next week. As David Pollak wrote last month, the organization feels as if Wingels could land a lower line gig before the trip to Stockholm:

But the Sharks say they believe they’ve got prospects — think Cam Macintyre or maybe Tommy Wingels — ready to step into the role Nolan would occupy at this point in his career and seem determined to go that route.

A blessing from the Sharks front office? No wonder Wingels loves the organization-- the Berenstein Bears grandparents share many similarities to GM Doug Wilson, what with his dark brown coat and unwavering support of the youngsters entering his clan. It's a match made in heaven, one that should prove to be fruitful for the rest of his career.

In order to get a better idea of what Wingels brings to the organization, we took action. In an exclusive interview with Fear The Fin that never ever occurred, Wingels sat down and talked about his life experience, why his name makes him sound like a seventh grader, and how he manages to keep that youthful glow in his eyes. 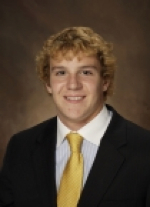 Wingels gearing up for a big middle school mixer at the local community center.

10) Tommy loves his skateboard-- he thinks it makes him look older, "just like that Nyjah Huston kid."

9) He has to make himself a glass of warm milk to get to sleep every night. Otherwise he'll have nightmares.

8) On the first day of practice, Tommy scribbled his name on some orange construction paper that he folded taco style, and attached it to the back of his jersey with a washable glue stick.

7) Wingels fears getting his lunch money stolen by Steve the schoolyard bully. He has filed a report with the yard duty on staff, and is awaiting her decision by nap time tomorrow.

6) Paste is his favorite snack, but he can never turn down a good Gobstopper.

5) Last weekend he got caught trying to sneak into a rated R movie. His parents almost didn't allow him to go to rookie camp, but they agreed once he told them it would look good on his college applications.

4) Tommy always brings his Gameboy on road trips, along with his stuffed animal Snuggles and a copy of the newest Ranger Rick magazine.

3) However, he loathes going on these trips because the hotel rooms never, "have any of those good Saturday morning cartoons I like to watch." That, and the cereal is always subpar (Wingels has been cuckoo for Cocoa Puffs since he turned seven five years ago).

2) When Tommy met Joe Thornton for the first time, he was starstruck and couldn't muster up any words to say. After Jumbo took Tommy's stick and signed it, he patted him on the head and with a big smile said, "Hey there lil' buddy, whose kid are you? Keep drinking that milk and you can grow up to be a professional hockey player just like your dad."

1) Tommy's mom always cuts corn off the cob for him because he hates when it gets stuck in his teeth.