Six games into the season and the Sharks are first in shots for per game (38.8) and first in shots against per game (25.3). I don't think I need to tell you how excellent that is to see, but in case some of you Walter Matthau grumpy old men types have a case of the bad news bears today, let me reiterate. 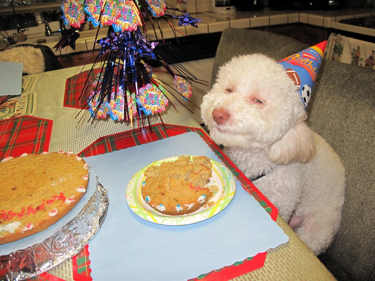 This is a good thing.

However, with all of the shot clock domination, and a 3-3-0 record to boot, I thought it would be a good idea to break down the shot totals by game situation. As MC79 Hockey and Arctic Ice Hockey have shown, teams that are leading tend to shoot the puck less while teams that are trailing tend to shoot the puck more. From a qualitative standpoint this makes sense-- the trailing team is going to activate their D, pinch up the wall aggressively, and take more chances with the puck, whereas the leading team is going to be more content to chip the puck out and try to keep their shifts shorter.

What we have here is a data dump of every Sharks game thus far this season broken down into separate categories-- shots for and shots against when tied, trailing, and leading. All of these totals are at even strength.

So what is this showing us? A couple of things. The Sharks are outshooting teams in every game situation this year, whether the game be tied, or the Sharks are ahead/behind in the game. Boston is the only team that has outshot the Sharks at even strength this year. When you're looking at building blocks that lead to sustained success over the course of a season, even strength shot and goal differential is something that always turns out to be extremely important. So what the Sharks have accomplished thus far is good, even if their record doesn't reflect it.

But when the Sharks are trailing it's a bloodbath. San Jose pumped 32 shots on goal via the man advantage versus a mere 6 for their opponents. Coupled with the even strength numbers we see above, San Jose is a +57 in the shot category at even strength and special teams when they are trailing in games. If I'm an opposing coach, that makes me really reflect on what I'm trying to do against the Sharks if I get the lead-- sure I can hope my goaltender stands on his head and gets me the win, but sitting back on a lead against this type of team is going to turn out poorly more often than not with the amount of shots I'm giving up.

At any rate, here is the basic jist of it-- San Jose's league leading shot totals are most definitely due to the fact that they have been trailing for extended periods this season. I don't think there's any way around that. But the fact that they have outshot teams when the game is tied, and have put a lot of shots on the board at even strength, indicates that they should be one of the higher shooting teams this season.

Nashville is always a tough two points for the Sharks, even if they usually end up in the win column more often than not. You can never say enough good things about Barry Trotz and how he is always able to drag every last drop of talent from his roster every single year, and this year's Predators team won't be any different. They're a little banged up at forward, with Martin Erat on the shelf with an upper body injury and Mike Fisher only just being cleared to play, but should still bring enough of a forecheck to give San Jose some issues.

Biggest key tonight for San Jose is their start (again). The Sharks did a much better job in getting on the board early against Boston, but that first period was still one where there was too many shots headed towards the net-- without Niemi turning in a standout performance, that period could have gotten ugly.

One thing Nashville likes to do is spread out their forwards on the rush and push back the defensemen of opposing teams. The Preds are quick, and every once in awhile they'll send a guy all the way up past the red line on the break out to keep the Sharks honest. There were quite a few odd man rushes during the game on Saturday, which means this is especially important.

According to David Pollak of Working The Corners, Torrey Mitchell is questionable for tonight's game. The question of Braun or Demers (and subsequently White or Vandermeer) will be answered before game time. Niemi should be in net once again for the Sharks.